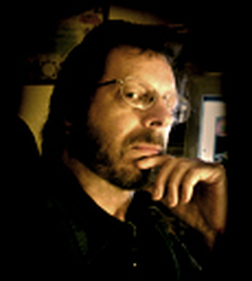 Gary Val Tenuta is a freelance writer and book cover designer (bookcoversandvideos.com)
His illustrations and articles dealing with the UFO phenomenon and other subjects related to the paranormal and esoteric lore have been published in Fate Magazine in the U.S., Beyond Magazine in the U.K., and elsewhere. He resides in a cozy condo in the Pacific Northwest of the U.S. with his big black cat, Bear.

His debut novel, The Ezekiel Code, a metaphysical-mystery-adventure with a "2012" theme, was an amazon.com "BestSeller" in three categories for over 57 weeks. It is available in paperback and Kindle (www.ezekielcode.com). His award-winning short story, "A Bite Out Of Time" is available on Kindle (99¢). His second novel,Ash: Return Of The Beast (www.ashreturnofthebeast.com) is attracting rave reviews and is currently available on Kindle ($3.99) with a paperback edition to follow.

Ash: Return Of The Beast 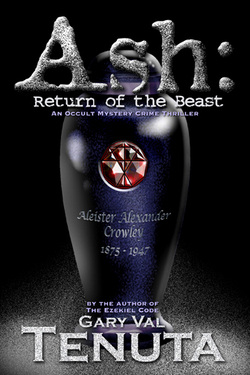 ASH: Return of the Beast is a supernatural crime thriller, a tale of revenge steeped in the occult. The story is a work of fiction based on a little known factoid about the death of Aleister Crowley (1875-1947), the notorious occultist the British press once called "The Wickedest Man In The World". Crowley’s body was cremated but the disappearance of the urn containing his ashes has remained a mystery… until now.

This diabolical tale propels the reader through a series of curiously interconnected events spanning the years from 1947 (and the death of Aleister Crowley) to the 1990s and the coming-of-age (and eventual stardom) of a "death-metal" rocker with the unlikely name of Rodney Duckworth.

The time-line shifts to the present day where Brian Kane, a gruff and gritty street-worn Seattle Police Detective, reluctantly teams up with the mysterious Rowena Ravenwood, an attractive and rather unconventional female FBI agent assigned to a most unusual investigative unit. Their task is to figure out why good, healthy, God-fearing preachers in their fair city are suddenly dropping dead... one at a time... nine days apart.

What is the meaning of the strange symbols branded onto the bodies of these hapless victims? Are they all part of some bizarre cult? No eyewitnesses. No fingerprints. Is it really murder? Where’s the evidence? And what is the disturbing secret that Detective Kane is holding so close to his chest?

The investigation catapults Kane and Ravenwood headlong into life-threatening situations as they wind their way through the strange, dark labyrinth of the world of the occult and find themselves battling for their lives against the powerful forces of ritual magick.

A bloody carnage of unimaginable horror is about to be unleashed upon the world. The survival of the entire human race hangs in the balance and the clues to help solve the case are in desperately short supply. Worse yet, so is the amount of time left to stop the mysterious killer's reign of terror before all Hell breaks loose. And – according to Special Agent Ravenwood – that’s not just a figure of speech.

A Bite Out Of Time (Award winning short story) 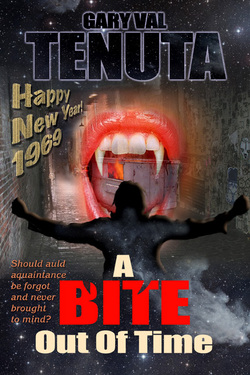 A BITE OUT OF TIME is an award-winning short story set primarily in Los Angeles in the late 1960s. Blind Man's Bluff (an up-and-coming folk/rock group) is playing a New Year's gig at the Backstreet Ballroom, an historical old building on the outskirts of the city.

Many years ago, or so it's said, the members of something called the Blood Cult held bizarre, depraved rituals somewhere deep in the bowels of the old building. It's just an urban legend, of course. Isn't it? Well, no matter. Vince Blaylock, the lead singer with the band, couldn't have cared less. A full-fledged hippie, a poster child for the Love Generation, and a rising young rock star, Vince was just thrilled to be playing the Ballroom, the hottest venue in town.

Everything was just groovy – until he stepped out back to grab a smoke between sets. But you know, a dark alley behind an old building in the middle of the night is probably not the best place to hang out... alone. I mean, something's gotta happen and it's probably not going to be good. Right? And you know the ironic thing? His friends used to tell him it would be the cigarettes that would kill him.

But that's just the beginning of a tale that takes a most unusual turn. You won't see it coming any more than Vince saw it coming. This is a story of a reluctant vampire's revenge. This is a vampire tale with a time travel twist and an ending you won't forget. This is Twilight meets Twilight Zone.