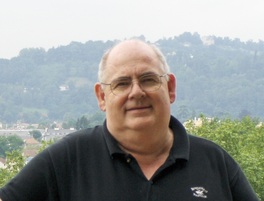 Gary C. King is a freelance author and lecturer who has published more than 500 articles in crime magazines internationally. He is also the author of several true crime books including: Blood Lust, Driven to Kill, Murder in Room 305 (formerly titled Web of Deceit), To Die For (formerly titled Blind Rage), An Early Grave, The Texas 7, Murder in Hollywood, Angels of Death, Stolen in the Night, Love, Lies, and Murder, An Almost Perfect Murder , Butcher, Rage, and The Murder of Meredith Kercher. He also occasionally writes online content for Crime Library and has written for Investigation Discovery, The Learning Channel, Discovery Channel, and How Stuff Works web sites, among others. 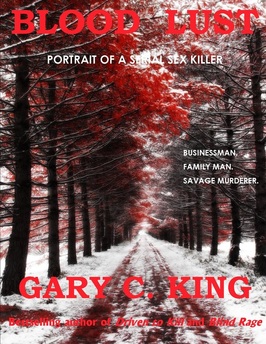 The Man Who Loved to Kill Women--Dayton Leroy Rogers was known in Portland, Oregon as a respected businessman and devoted husband and father. But at night he abducted women, forced them into sadistic bondage games, and thrilled in their pain, terror and mutilation. His murderous spree was stopped only after, in plain view, he slashed to death his final victim...and when a hunter accidentally stumbled onto the burial grounds of seven other women Rogers had killed one-by-one in the depths of the Molalla Forest did police realize they were dealing with a killer whose bloodlust knew no bounds. This is the shocking true story of the horrifying crimes, capture, and conviction of Dayton Leroy Rogers, Oregon's mild-mannered businessman by day--vicious serial killer by night. 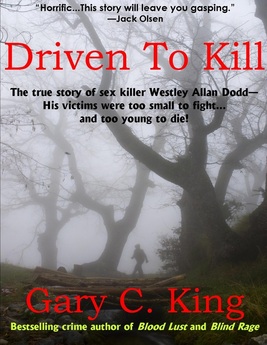 The true story of sex killer Westley Allan Dodd--his victims were too small to fight...and too young to die! Includes eyewitness execution report.

By all appearances, twenty-nine-year-old Westley Allan Dodd was the perfect all-American boy—model high school student, camp counselor and U.S. Navy enlistee. But behind his mask of normalcy lurked a predatory sex fiend with a seventeen-year history of appalling acts of molestation and violence. Children were his victims and the parks of the Pacific Northwest his personal hunting grounds.

On September 4, 1989, his unnatural desires had driven him past simple satisfaction to abduct, torture, and kill two young boys in Vancouver, Washington. Undetected despite his record, Dodd killed a third innocent victim only weeks later near Portland, Oregon. But only when he was caught trying to kidnap a child from a local movie theater was he finally taken into custody by police. Confessing to this heinous murders, he was convicted on all three counts and sentenced to death.

Based on exclusive access to police files and riveting trial testimony, personal interviews with Dodd himself and excerpts from his chilling "diary of death," Driven to Kill dramatically recounts a hideous spree of death and horror that brought every parent's worst nightmare frighteningly to life! 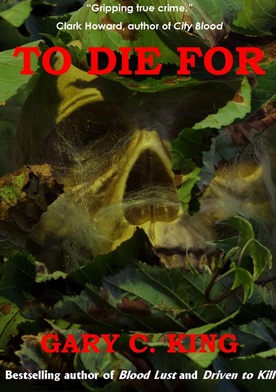 This book follows the FBI's search for and capture of Darren Dee O'Neall, a serial killer whose ability to change his appearance kept him out of the reach of the authorities, and describes his violent sexual crimes.

Deadly Hunk--For women with a yen for macho men, Darren Dee O'Neall seemed the kind of guy romantic dreams were made of. Strong, handsome, smooth talking, with an array of tattoos adding to his masculine aura, he came on as a rugged outdoorsman looking for a mate. But in reality, O'Neall was a nightmare of savage, sexually violent crimes that put him on the FBI's Most Wanted list.

Here is the bone-chilling true story of the twisted killer whose masterful ability to change appearances confounded authorities again and again...and a mother's agonizing search for her missing daughter. It is the story, too, of the brilliant police work and startling psychic detection that teamed with a family's outrage to bring him to justice. But it was too late for the young woman whose dream of a hunk "to die for" became a chilling reality!

Notice to readers: This book was previously published as Blind Rage 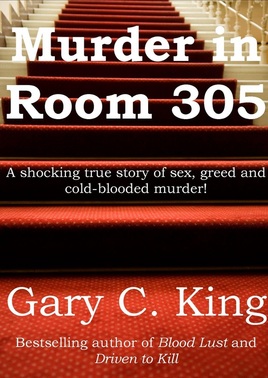 Kathryn Ann Martini graduated from Yale with a bright future in the banking business. Young, beautiful and ambitious, she had everything going for her. Until she met Michael David Lissy, the sleazy proprietor of a scuba diving school who was a coke addict that consorted with pimps, prostitutes and other known criminals. Burned out and broke, he had nothing going for him. Then he met Kathryn...a match made in hell.

On July 6, 1984, the raped and mutilated body of Kathryn Martini Lissy was found at the Valley River Inn in Eugene, Oregon. Soon afterward, police arrested Michael David Lissy, Kathryn's husband of one year. A few months earlier, Lissy had taken out a large insurance policy on Kathryn's life, naming him as sole beneficiary. Then he hired an underworld assassin to stalk and kill his wife. After one of the most sensational trials in Eugene's history, Lissy was convicted and sentenced to life imprisonment.

Notice to readers: This book was previously published as Web of Deceit. 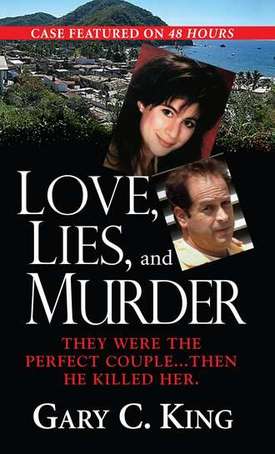 A successful lawyer, Perry March married the beautiful daughter of one of the most powerful attorneys in Nashville. Through his wife Janet, Perry won a position in his father-in-law's firm and joined the city's social elite. The couple raised two children in a mansion that Janet, a talented artist, designed. They seemed to have the good life and more...But in 1996, when Janet vanished, police dug into Perry's past, turning up strange stories of sexual obsession, unfaithfulness, and vicious arguments with Janet. When they suspected that one of those fights ended in murder, Perry skipped town with his children. Janet's father would not let Perry escape so easily. He and his agents pursued the murder suspect to Chicago, and then to Mexico, where Perry opened a new practice and remarried. Still, ten years would pass before the desperate fugitive became trapped in his own web of deceit and betrayal... 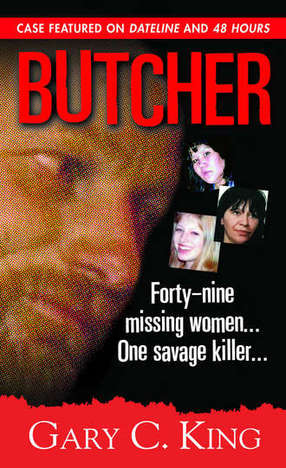 His Goal: To Kill An "Even Fifty"

They called him "Uncle Willie." At night, Robert "Willie" Pickton visited the streets of Vancouver's Downtown Eastside. The women he picked up never came back...

His Methods: Rape And Torture

For years, police built a long list of missing prostitutes, women at the edge of society. Some people claimed there was a serial killer. One detective lost his job for saying so. But investigators didn't have a single body...until someone found a skull sawed in half...

On land that had made his family millions, on a squalid pig farm near a school, a condo development and a Starbucks, Robert Pickton ran a house of horrors for decades. Friends, neighbors and community leaders came and went, while Pickton committed debauchery, torture, and bloodletting rivaling the worst on record. What he did to his victims was unspeakable. What he did to the bodies was unimaginable. How he got away with it is the most shocking crime of all... 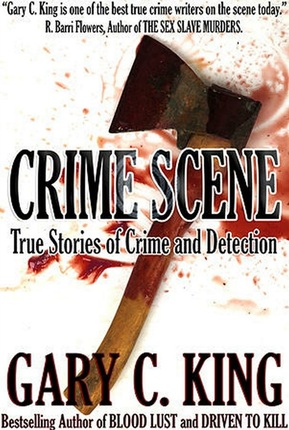 Bizarre, compelling, terrifying and authentic true crime stories of murder and mayhem. In these pages you will find a story about a tormented serial killer and how he resorted to cannibalism, a celebrity's fan with an obsession to murder her, torture murders, crimes of passion, among many others—chilling crimes that could only be perpetrated by the twisted minds and gruesome obsessions of coldblooded killers, the stuff that horror movies and novels are made of, brought to you from the vault of bestselling true crime author and serial killer expert Gary C. King.

There are 15 terrifying, heart-pounding stories in all, guaranteed to keep you awake and your doors locked!