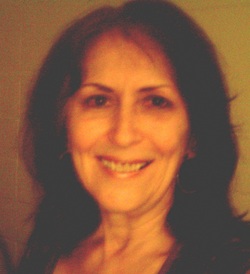 Gail M Baugniet was born and raised in Wisconsin. After college, she worked for an attorney in Chicago's Loop, the setting of her first novel. For many years she called the land of Minnesota's lakes and rivers her home. Her eclectic employment history incriminates several business organizations including insurance companies, police departments, real estate brokerages, and shopping mall security. She lives in Hawaii where she is currently at work on her next Pepper Bibeau mystery. 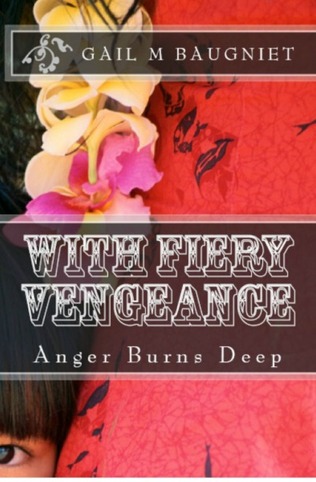 
Insurance Investigator Pepper Bibeau returns to Hawaiʻi in December, 1972, where a vengeful stalker shadows her from Island to Island. While in Hawi on the Big Island, to visit her fourteen-year-old son and attend her cousin's wedding, Pepper discovers a body on the blood-soaked back seat of an abandoned classic Woody. A poorly executed plan of a local police detective fails to trap a suspect, who then flees to Oʻahu.

When a Wisconsin woman is injured in an accident on Oʻahu, and the husband threatens to sue his insurance company, Pepper's assignment is to get his signature on a medical insurance release form. After the suspect in Hawi flees to the labyrinth of Honolulu's Chinatown, Pepper follows. Her plan is simple: settle the medical insurance claim, and flush out the suspect.

Personal strife, unexplained deaths, and ghostly events are interwoven with the burning anger of a father who has lost all reason. With the sanity of a killer in question, Pepper must fight to save her family, and herself.

As a resident of Honolulu, Gail Baugniet actively researched many of the Hawaiian sites she wove into the third novel of her Pepper Bibeau Mystery series.

On the Big Island, she 'Flumed the Ditch' by kayak in North Kohala, and experienced the enveloping calm of Moʻokini Heiau and Place of Refuge in the Kona District. She explored Honolulu's Chinatown, absorbing the tropical atmosphere where the HPD whip-wielding detective Chang Apana once patrolled. She also rode horseback along back trails of Dole Plantation. 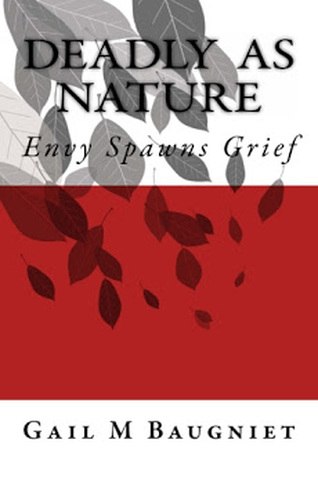 In an atmosphere of alcohol and drugs that defines the lives of more than a few people in eastern Wisconsin the year Janis Joplin dies, treacherous waves on Lake Michigan toss Insurance Investigator Pepper Bibeau into the company of an intriguing and self-reliant blind lady. Haunted by past events, the lady presents Pepper with an unusual request to help clear up a murder. To link these events to an investigation on her cousin’s life insurance claim, Pepper delves into a family history she didn’t know existed.

More curious than suspicious over the husband’s cancellation of her cousin’s claim, Pepper digs for a rational explanation. What she unearths are family skeletons best left undisturbed. Then her uncle points out a possible connection between a grandaunt’s death and one of her investigations. Now Pepper must weigh the fate of the living against memories of the dead.

Pepper’s son resides in Hawaii, but his father lives right next door to her, and Homicide Sergeant Rick Janus wants to resume a relationship that faded ten years ago. A week-end fishing trip together could prove interesting, provided no more dead bodies pile up.

Well-intended deeds of ancestors often lead to unwise choices, even for those sworn to uphold the law. Because of her mixed heritage, Pepper has dealt with prejudice during most of her twenty-eight years and always kept her hackles lowered around bigoted people. Until now. A situation left to simmer over time builds to a confrontation that will not allow her to walk away. By the time she figures out what her cousin's missing high-top pink sneaker has to do with a letter written by a fifteen-year-old nun in Paris, the loaded revolver is cocked and aimed at Pepper’s heart.

FOR EVERY ACTION There Are Consequences 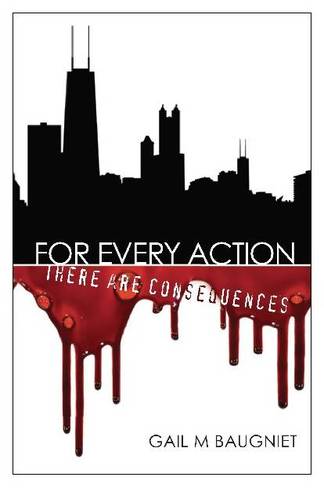 Pepper Bibeau's insurance investigations for a Wisconsin-based company sometimes involve a murder, but she never thought she would cause one.

Days before the 1968 Democratic Convention, Pepper arrives in Chicago to settle questionable medical claims from an elusive doctor. Her assignment also includes a background check on a life insurance beneficiary who admits to stabbing his wife.

When a close friend is killed, and Pepper is hospitalized after an unprovoked attack, a homicide detective decides someone wants to put a stop to her investigations. For her safety, he suggests she return to Wisconsin, but Pepper is determined to learn why her insurance investigation has stirred up a tragic chain of events. What she discovers are the devastating consequences of one person's greed that she must expose before someone stops her, permanently.