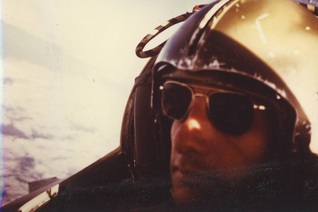 George Nolly served as a pilot in the United States Air Force, flying 315 combat missions on two successive tours of duty in Vietnam, flying O-2A and F-4 aircraft. He was the last Air Force pilot to complete 100 missions over North Vietnam. While in the Air Force, George received the Tactical Air Command Instructor Pilot of the Year Award.

Following his Air Force duty, he hired on with United Airlines and rose to the position of B-777 Check Captain. He also served as a Federal Flight Deck Officer. After his retirement from United, George accepted a position as a B-777 Captain with Jet Airways, operating throughout Europe, Asia and the Middle East.

In 2000, George was selected as a Champion in the Body-for-LIFE Transformation Challenge in 2000, and is a Certified Fitness Trainer and self-defense expert with more than 30 years' experience in combative arts. 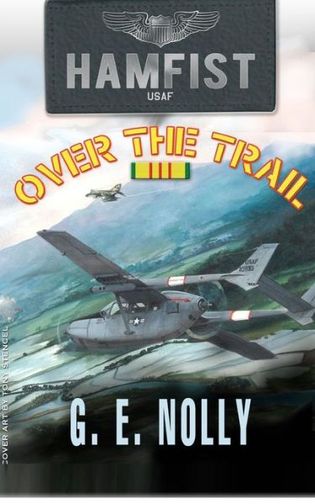 It’s 1968. Hamilton Hancock is the Distinguished Graduate at his Undergraduate Pilot Training class at Laughlin Air force Base. He is on the fast track to become a fighter pilot, slated to fly an F-100, F-105 or F-4 in Vietnam. Then, the “needs of the service” intervenes, and he is assigned to fly one of the smallest, slowest aircraft in the Air Force inventory, the O-2A.

Hamilton becomes a Forward Air Controller (FAC) in Vietnam, based at DaNang air Base, and picks up the nickname “Hamfist”. While Hamfist flies in air combat over the Ho Chi Minh Trail and battles an enemy gunner with a deadly record, on the ground he must also battle his inner fears and personal demons.

When he repeatedly loses friends shortly after reconnecting with them, Hamfist becomes convinced there is a “Hamfist curse”. He becomes a virtual hermit, and tries to avoid interacting with his friends. Then he receives a letter that devastates him.

Just when his personal life reaches its lowest point, Hamfist goes to Tokyo on R&R and meets his soul mate. They had lost an opportunity to meet six years earlier, and now Fate has given them another chance. Hamfist returns from R&R with a renewed sense of optimism.

His life is taking a turn for the better. But first he must make it through his Vietnam duty unscathed. 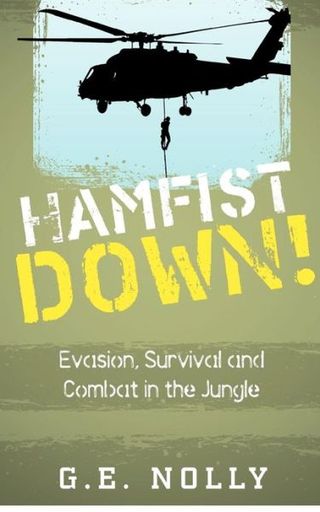 It's August, 1969. Hamilton “Hamfist” Hancock has been shot down over Laos, and must use all his skill, and luck, to avoid capture and certain, violent death. To facilitate his rescue, he must become a ground FAC and direct airstrikes against North Vietnamese targets on the Ho Chi Minh Trail. And, to survive, he must engage in hand-to-hand combat.

But Hamfist may face his greatest battle after his rescue. Back in Vietnam, while recuperating at the hospital at Cam Ranh Bay, he experiences a sapper attack. And, following his return to the air, Hamfist is tormented by a flying error, an error which may have cost a comrade his life.

Only time will tell if Hamfist can regain his self-respect and passion. On his final flight, Hamfist faces a brutal enemy in a life-or-death duel that will determine if he will be shot down once again or return home to his soul-mate. The rescue, the airborne mistake and the final battle force Hamfist to reevaluate his priorities in his career, in his flying, and in his life.
Amazon 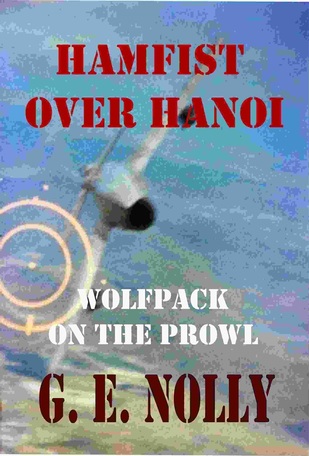 Air Force pilot Hamilton “Hamfist” Hancock thinks he has left the Vietnam War behind him, after completing a hazardous tour of duty as a Forward Air Controller (FAC) flying over the Ho Chi Minh Trail. He is based at Yokota Air Base, in Japan, and becomes comfortable flying generals and other VIPs around Asia in his Sabreliner executive jet. He is adjusting to his new marriage, and aside from the stress of TDY assignments, life is placid.

But the war returns with a vengeance when Hamfist suffers a personal loss at the hands of the North Vietnamese. Hamfist knows that the only way he can find inner peace is to go back for another combat tour, to try to bring the horrific war to a speedy end. And this time, he will fly a fighter, the top-of-the-line F-4 Phantom II.

Hamfist checks out in the F-4 and arrives at his base in Thailand just in time for the start of Operation Linebacker, the bombing offensive over Hanoi. He soon finds himself flying over the most heavily defended area in the world, dodging Surface-to-Air Missiles (SAMs) and dueling with enemy aircraft, the vaunted MiG-series fighters. And along the way he has picked up two new goals: completing 100 missions over North Vietnam and defeating a MiG in aerial combat.

Only time will tell if Hamfist will achieve his 100 missions, score a victory over a MiG and, most important, help end the war.
Amazon

This Is Your Captain Speaking: Layover Security For Road Warriors

This Is Your Captain Speaking: Insider Air Travel Secrets 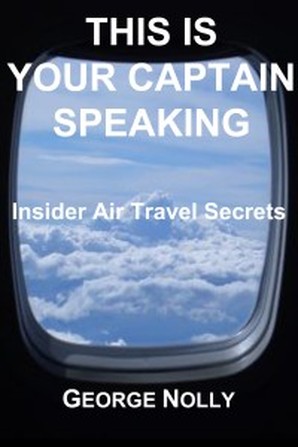 “Fliers have accommodated themselves to misery”

Airline travel doesn’t need to be a hassle. There will always be some areas that are less than fun – the TSA security screening checkpoint comes to mind – but there’s a lot you can do to save money on your ticket and make your journey safer and less stressful. In fact, there are ways to make it rather pleasant.This Is Your Captain Speaking: Insider Air Travel Secrets (Formerly The Captain’s Guide to Air Travel) shares insider secrets to make your flight smoother, easier and safer from the moment you book your flight until you retrieve your luggage at the end of the flight. And you’ll save money in the process, including checking your luggage for free and receiving complimentary access to airline club rooms! Be sure to read this book before you plan your next flight!
Amazon