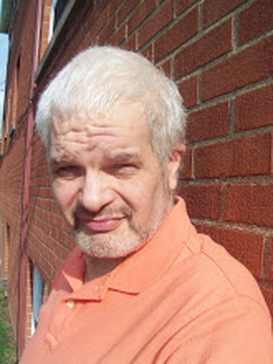 Frank has several short stories published online as well as three e-books on amazon. Married, he has lived in Ohio most of his life and enjoys watching a variety of movies and reading books in between working on his own writing.

He is the author of the Nick Crowell series. It's about a cop who gets shot in a cemetery and after recovering, encounters people with weird, life changing things happening to them. The twist of it is, that while he wants to help them, there is little he can actually do for them and this weighs on him.

Frank is already working on a sequel novella called, "Even Steven" which is due out Summer 2013

A Strange Life: A Novella 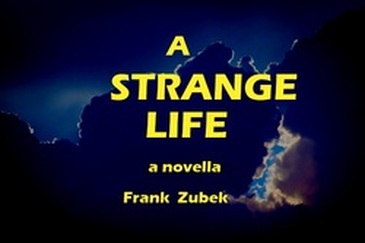 Nick Crowell, a Cleveland Detective, was shot in the line of duty in a cemetery four years ago. Now every few months he encounters people with strange problems who come to him for help.His problem is that he has no experience in this kind of thing and in most cases there’s nothing he can do for them and this weighs on him.

He is already working on a second novella length book for Detective's Crowell and Cole called “A Strange Life: Even Steven.” which is scheduled for Summer 2013 as well as a stand alone short story called "The Die Over Man: A Nick Crowell Story" coming soon.

Crowell was originally published as a series of five short stories in the now defunct web page Demon Minds. This is the first full length Crowell novella based on those characters.

The book cover is courtesy of Vera Kratochvil 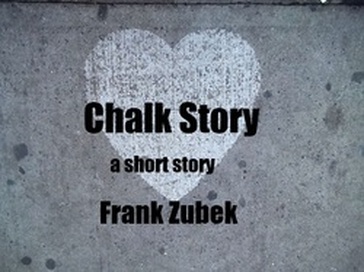 One day, a young man saw a little girl chasing a balloon down the street. She was headed toward an intersection and not paying attention. The young man, Charlie Wilson, ran across the street and shoved her out of the path of the truck.

He saved her life but died from the injuries of being hit by the truck that would have hit her.

Now, eight years later, his mom has lost interest in her life and her friends because she still misses Charlie. Michelle, meantime, has discovered that Charlie meant something to more than just his mother. There were a half dozen others in the neighborhood who depended on Charlie. Michelle decides to do something to not only help them but also to help his mom.

She decides to write about all the good deeds that Charlie did for people in chalk on the sidewalk so that not only the neighborhood will see it, but his mom will also see it.

But there is a storm coming and the rain will threaten to wash away Michelle's fragile sidewalk story. What will she do?

A heart warming story about friendship, Chalk Story is about 120 manuscript pages in length. 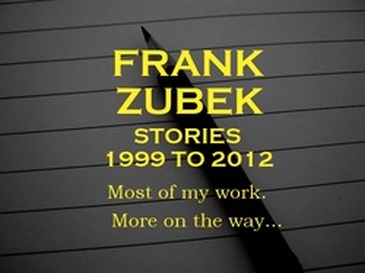 Frank Zubek Stories 1999 to 2012 Most of My Stories, More On The Way
Many of the stories IN this collection were briefly published in two smaller e-book collections this year
( Guarding Andrew Gates and Almost A Dozen ). Since a few of the stories were available for free on the orginal webpages that they were published on, I thought it best to back up and regroup.

So within these pages ( around 60 total manuscript pages) are my stories. If you’re curious about what didn’t make it into this book, I mention them in the introduction. But for right now, let me give you a brief peek at what IS here in THIS book…

Some deal with the loss of a friend (Absent Friends), a lover ( Belated Regrets), or in one case, an entire building ( A Sin By Any Other Name).

One of the stories (The Ultimate Statistics of Curiousity), takes a look at a man who decides to grab a package from his neighbors doorstep while another story ( A Step Forward), is a look at spousal abuse with a unique twist.

The bottom line is that ALL of these stories are about common people dealing with common problems.
The human condition is an interesting subject for me to write about and if you enjoy dramatic little stories, rest assured that I tried to make it just as interesting for you.

If you wish to contact me I can be reached by email at frank.zubek@yahoo.com  Or through my webpage FrankZubek.net

Enjoy and thanks for reading.