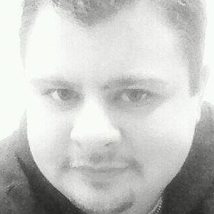 Since he was five years old, Erik Riverson has been immersed in what he only half jokingly refers to as the "system lifestyle". A background of child abuse, six years spent locked behind inpatient facility doors, and a lack of a support system nearly promised that Erik would be rendered nothing more than a statistic. And that's just the message he got throughout his childhood. But Erik was determined to do better, to be better than the story he was being sold. The story was his own to write. He promised that he would return to the system as a provider one day, and that is just what he did.

In 2011, Erik was appointed by Governor Christie to serve as a child welfare expert for the State of NJ. The impossible had become possible – a powerless victim had transformed into a powerful expert, utilizing the same background that had once held him back.

Erik devotes his time to assisting today's youth in seeing that same success. Whether this means training providers, developing and evaluating policy, working one on one with families, or giving an inspirational speech to a group of struggling youth, he is presenting with passion a story that everyone needs to hear. He is a tangible example of what it means to not just survive, but excel beyond what people proclaim is destiny.

After a successful career working nearly every role in the NJ Children’s System of Care, Erik launched his own organization in 2014. Erik is the founder and CEO of The Superhero in All of Us, which provides inspirational speeches, trainings, advocacy, behavior modification, and mentoring to youth. His primary ambition is to take decades old statistics, flip them around, and turn our kids, our communities, and the people we know into success stories.

The Superhero in All of Us: Achieve Your Fullest Potential