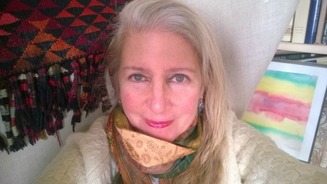 Eye-locks and Other Fearsome Things: Learning to Love as a Bipolar Aspie 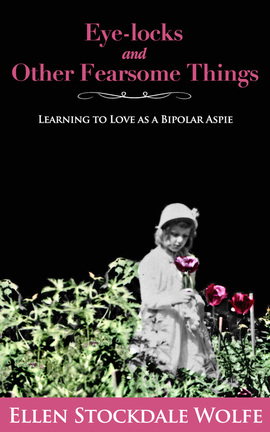 Eye-locks and Other Fearsome Things: Learning to Love as a Bipolar Aspie opens with Ellen at a crossroads in her life. She has just lost her fiancé and is starting a new job in the Columbia University Libraries. Here she will meet Danielle, the West Indian woman who is to change her life forever. And, many years later, she will meet Jimmy, the mid-Westerner whom she will one day marry. The book is a testament to love despite the obsession, intrigue, and turmoil Ellen goes through as she falls in love with Danielle and nearly loses her mind and her job. The intrigue that ensues is a psychological thriller. Is Danielle really married as she says or is she a closeted tease? Is Danielle really interested but holding back because of Ellen’s psychological problems? Is Danielle interested at all or is Ellen totally delusional? The questions spin round in her mind until Ellen has a breakdown.

Ellen comes to understand that her own fear of closeness and her emotional dissociation makes her incapable of real love. After the breakdown she must start from square one. She recounts the healing process of therapy and her rich inner world of synchronicity which is sometimes exhilarating, often terrifying, and, for a period, psychotic. Ellen is diagnosed with Bipolar Disorder but decides she is also autistic. Decades later, this self-diagnosis is corroborated by another psychiatrist as Asperger’s Syndrome, the now well-known Autistic Spectrum Disorder. Ellen’s belief that Danielle is waiting for her to be well provides her with the motivation to fight her mental and emotional problems. Through therapy, various romantic inter-racial and other relationships, and a supportive work environment, she finally learns to be fully “there,” and to quell her inner demons until she can truly love. Enter Jimmy, a man also on the Spectrum, and they fall in love Aspie style.

The book is written in narrative form with dialogue and interior thought processes. The episodes are drawn from the writer’s contemporaneous diaries and writings, thus adhering closely to the truth. The story is not just a psychological portrayal of Bipolar Disorder and Asperger’s syndrome. Subplots also portray Black life in the 1980s and the homosexual lifestyle of the period.

A scholarly version of her story, described as what was then called “Secondary Autism,” appeared in Psychoanalytic Inquiry in 1993. The editor, Dr. Lichtenberg, centered the entire issue of the journal around her article, “Fear of Fusion,” comparing it to Temple Grandin’s and M. Scariano’s book, Emergence Labeled Autistic. Ellen decided to revisit the story in memoir form in order to tell it from a more informed vantage point, incorporating her newly diagnosed Asperger’s Syndrome, which had not been widely known at the time.

This is the story of the triumph of love over mental illness and emotional disability, racial barriers and gender taboos, giving encouragement to those who are fighting their own inner battles. It is a story of how therapy and a supportive environment can foster change, giving insight to parents, therapists and psychiatrists. Lastly, it is a story of hope that those who seek love can find it against all odds.