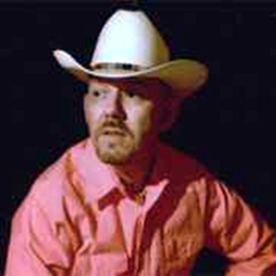 Once upon a time an infant male child was born breech, two days ahead of schedule (was supposed to have been a Leap Baby) and everyone swore he was going to be born a girl. Does liking boys count? So, he tolerated the wearing of PINK during his debut year. Spent the first miserable seventeen years of his life in a small oil town; located on an odd shaped parcel of land separating Texas from Kansas. (For those of you that aren't familiar with your geography, some folks call that "Oklahoma".)

It was a small town where everyone pulled over to let an ambulance or a funeral procession pass. We didn't have fire flies; we had "lightening bugs". "Y'all" was a proper noun and "ain't" was definitely a word! Shoes weren't necessary and when we went outside, we got dirty and we weren't afraid of it! Mama fried all our meals in a cast iron skillet and Kool-Aid was the house wine. Shopping carts were "buggies" and wash cloths were "warsh rags". Oh and if you disrespected your mama, you'd get hit with something... big. No-kiddin'

Seven months before his nineteenth birthday, his parents kicked him out of the house for being QUEER! Damn, can you image that? (Took them long enough to figure that one out). He went to college, at least for two years till the "friendly" banker benevolently closed his severely over-drafted bank account and he was too exhausted to attend classes due to his working two jobs. Even with his strenuous schedule, he still found time to squeeze in random butt-buds here and there. At least his sex life hadn't suffered (too badly).

He got a wild hair up his arse (things may have turned out differently had he simply shoved a latex toy up there instead) to Go West Young Man! Thank you Village People. He landed his happy ass in sunny California. Rained and rained and rained. Oh yeah, that was the same year Long Beach recorded their first tornado in history. He thought he was free of twisters after escaping tornado alley. Auntie Em! Auntie Em! He did a one year stint on the west coast; broke and destitute, he somehow managed to find his way back to his hometown. Geez, could things get much worse?

For the next twenty-odd years he worked retail management for various chain stores. The poor young man's life was unraveling before his very eyes. His future, if any, was looking rather bleak, as he traipsed around Oklahoma (dodging bill collectors attempting to collect on his defaulted student loans). Finally one day, he stopped running and hung his Stetson and Tony Lama's in the Great State of Texas. Yee Haw! Don't ya just love a sexy cowboy in boots? (Just boots, nothing else!)

Guilty as charged, that young man was me. Currently I'm writing my next contemporary gay themed fiction in Austin, Texas. Yes, I'm single. Ain't that a gall darn bummer? Someday, I know (deep in my heart) a hunky bronco-buster will trot up on his stallion. He'll sweep me into his burly arms and we'll mosey off into the sunset to live happily ever after. (Hey! It's my frickin' dream, don't mess with it.) So boys and girls, that just about sums up my titillating existence on this planet earth, what there is of it. Sure, there may have been a few sordid details I might have artfully omitted, mostly out of respect for the many wives whose husbands I had sensational sex. But we shall leave that, my friend, for yet another time...

(to be continued, maybe)

"If writing doesn't come from the heart, the time spent was a waste." Dustin Adrian Rhodes 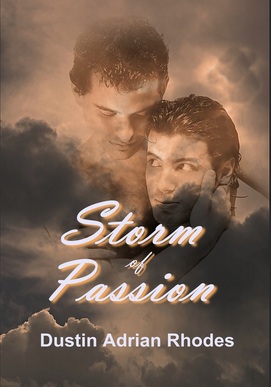 A novella set deep in the heart of the American south, is a heartwarming story of two men, best friends since childhood, who after 10 years apart, finally reunite. One is gay (Jaime), one is straight (Parker) but that had never interfered with their friendship in the past. The reunion brings fond memories of their shared past, but it also sparks something unexpected which will challenge their perception of friendship. 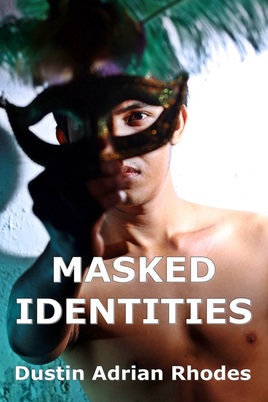 Megan thought she had read every book in her grandfather's extensive collection of fiction, until she stumbled upon an unfamiliar title. Curious, she delves into the book, realizing that her own relationship with her boyfriend of four years parallels the story she is reading of Ambrose & Sebastian. Can a story of love between two men provide the answers to salvage her floundering relationship? 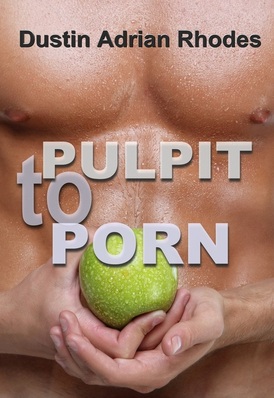 Marc Strawder is a young, single, minister recently out of seminary. He is about to face a difficult dilemma, over how to assist his younger (single parent) sister and his special-needs nephew.

His sister struggles to balance her finances, after meeting her obligations there is no money remaining at the end of the month, but her son's medical bills continue to multiply.

Marc is close to his sister and devoted to his only nephew which sends him into a tailspin of confusion as he internally struggles between Family Loyalty and Religious Conviction.