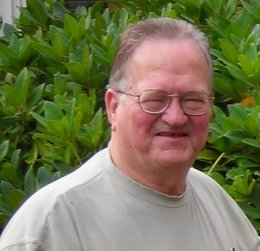 Moving to Portland in 2005, Don set up a practice in Business Mentoring for owners, presidents, pastors and executive directors of small enterprises. Having run a dozen small to mid-size enterprises, Don says "Most owners appreciate single sourcing of business consulting expertise in one trustworthy person by their side."

Don also offers his services as an interim CEO, where a given small to mid-size company truly needs a mature and skilled "franchise player" to make "course corrections" before a new CEO is hired.

Don's love and research area is first century Protestant Christianity. His Messiah Scrolls Project includes several sub-projects; one of them is the on-line historical novel (April 2010), second edition as of February 2014, The Parable of the Messiah Scrolls, about the followers of Jesus and the creation of the first Christian Community in 74 AD.

A second sub-project, scheduled as a second historical novel, comes from his contemporary research using what was learned from research into the first Christian community. Prefigured some 2000 years later, the second novel introduces the status of current Apostolic Authority within formation of the modern day Megachurch; scheduled for on-line publishing in late 2015.

Over the past 20 years Don has worked as an observer, teacher, missional program innovator, friend and consultant to megachurches, many of whom he believes have a special place in God's plan.

Parable of The Messiah Scrolls