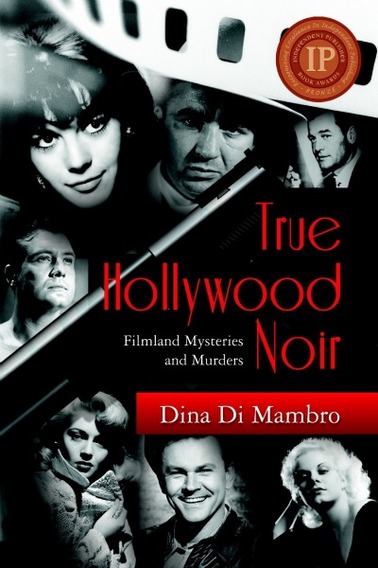 A tantalizing mixture of classic Hollywood nostalgia and true crime, True Hollywood Noir: Filmland Mysteries and Murders, featuring 100 rare photographs, is suspenseful, entertaining, and eminently readable. While viewers were captivated by the drama playing out on the silver screen, the lives of the stars of these film noir classics were often far more exciting. The film plots of these stylish black and white masterpieces pale in comparison to what was going on behind the scenes. Uncover the true stories in a dozen different chapters featuring William Desmond Taylor, Thomas Ince, Jean Harlow, Thelma Todd, Joan Bennett, Lana Turner, George Reeves, Gig Young, Bob Crane, Natalie Wood, Robert Blake, and Mickey Cohen. Included in the cast of characters of the Thomas Ince chapter are William Randolph Hearst, Marion Davies, and Charlie Chaplin. And in the Mickey Cohen chapter, find never before told stories about Ben "Bugsy" Siegel, Virginia Hill, and a host of notorious underworld figures.

Film noir encompasses the elements of highly charged sexuality with cynical male characters, femme fatales, and moral ambiguity. Or, as author Charles Pappas described it, "the language of losers...always about the same things: sex, violence, and money." Swirling cigarette smoke; high balls on ice; murky, rain-soaked nights; and ill-fated plots between gangsters and grifters, hard-boiled detectives, and duplicitous gorgeous women with an agenda, gripped film-goers from The Maltese Falcon (1941), Double Indemnity, Laura, and The Woman in the Window (1944), Gilda, and The Postman Always Rings Twice (1946) through Orson Welles' Touch of Evil (1958).

From 1922 until 2001, explore some of the most fascinating scandals, mysteries and murders in Filmland history—true Hollywood noir lived by the players behind the scenes. Each chapter dissects the various theories in each case, but it is up to you to make up your own mind. From the West Coast mob and city corruption intertwining with Hollywood mysteries on and off the screen, to the plots of noir films pulled from actual happenings in the underworld, get the stories behind the stories, the darker images playing out in living color behind the silver screen.

Could the film plots themselves have contributed to the drama and roller-coaster emotions in their private lives? While most of the actors featured here met with untimely tragic deaths or notorious misfortune coloring the remainder of their lives, the talent of these highly creative individuals and the legacy they've left us continues to give them a special kind of immortality. Their work lives on, flickering images on a screen giving us the privilege of knowing these great talents, never to be forgotten.

Television Series Regulars of the Fifties and Sixties in Interview