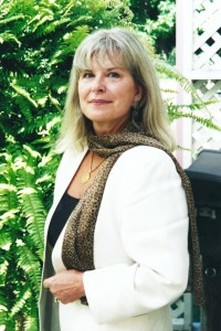 Dianne Harman draws her stories and characters from a diverse business and personal background. She owned a national antique and art appraisal business for many years, leaving that industry and opening two yoga centers where she taught yoga and certified yoga instructors.

Dianne has traveled extensively throughout the world, most recently dividing her time between Huntington Beach, California and Sacramento, California, where her husband is a Senator. A gourmet cook, she has entertained Governors, Congressmen and numerous other political figures in her homes. An avid reader, Dianne brings the richness of her life experiences to her novel, Blue Coyote Motel. 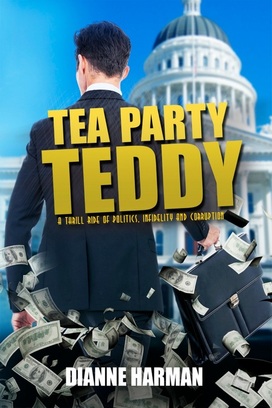 This is the book politicians didn’t want written. Tea Party Teddy is a novel about political corruption, bribes, sex and intrigue, which all come together in the story of a newly elected Assemblyman.

Teddy is elected because of his hateful anti-immigration platform. When he goes to Sacramento, he struggles with the temptations ultimate power affords.

His world slowly unravels as he succumbs to the power of his office. In an ironic twist of fate, his wife becomes romantically involved with the founder of the Republicans for Latinos.

As the wife of a former California State Senator, Dianne had 12 years of firsthand experience observing politicians, lobbyists, and consultants, as they struggled to gain political advantage. “This is the unseen side of politics!” 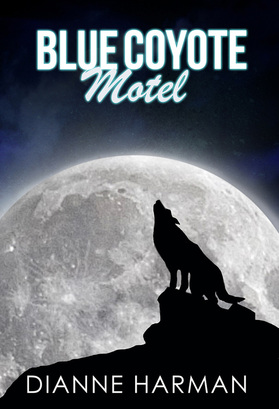 Blue Coyote Motel is a suspense filled thriller about six travelers who stop and spend the night at a remote California desert motel. Each of them leaves the following morning "feeling good," but unaware that they have inadvertently become addicted to a gaseous drug piped into their rooms. '

Jeffrey, the owner of the motel, is a scientist who was recently fired by a prestigious Southern California drug manufacturer for giving an anti-aging hormone he discovered to his beautiful Latina wife. Spinning slowly into the depths of insanity, he decides to test the effectiveness of another of his drug discoveries on unsuspecting motel guests. He calls the drug Freedom because it frees people from depression, anger, stress, grief, and aggression. Jeffrey has grandiose plans to make Freedom available throughout the world in order to bring about peace and harmony, but instead it causes grief and chaos in the lives of the motel guests. The cast of characters includes a defrocked priest, a Native American pediatrician, a wealthy widow, a Brazilian couple who owns gold mines and a salesman intent on finding himself.

Blue Coyote Motel presents an engaging look at the human frailties present in all of us.

Blue Coyote Motel has been selected as a quarterfinalist in the Amazons Breakthrough Novel Award contest and is also the April Book of the Month, Goodreads Psychological Thriller Group.