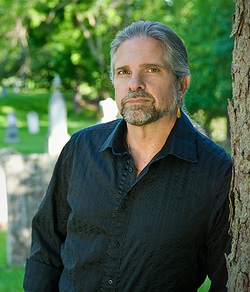 Derek Graystone was born in Rivers, Manitoba, Canada. After a brief stay there and in Trenton, Ontario, Canada, Derek has spent the majority of his life in London, Ontario, Canada. He graduated from the University of Western Ontario with a Bachelors Degree in English Literature in 1984.

Derek has had a varied career including jewellery store manager, warehouse manager for an ice cream distributor, manager of a gas station, and the finance and systems manager for a children's charity. In 2002, Derek quit his day job and started his own office automation and Internet presence company and a relaxation massage business with his wife. Derek is also a Reiki Master as well as having a successful online Wiccan business.

Derek's first book, The Schliemann Legacy, is a spy thriller involving Nazis, terrorists and the hunt for the treasures of Troy.

Derek followed up with Two Graves, a crime novel about a serial killer who is killing look-alikes of the people who bullied and terrorized him in his youth. Derek is planning to release the next in the Kesle PD series called Too Many Graves which will appear in the summer of 2012.

Currently, Derek is working on two non-fiction books OMG, I Think I'm a Witch and A Year of Wicca about the Wiccan religion due for release in September 2011 as well as the first novel in the Witches of Aquarius series; Windcrusher will be released in December 2011.

Derek lives with his wife Yvette in their home in London Ontario when they aren't visiting their island getaway in Exuma, Bahamas. Derek is also the father of four girls and one boy and has three granddaughters. 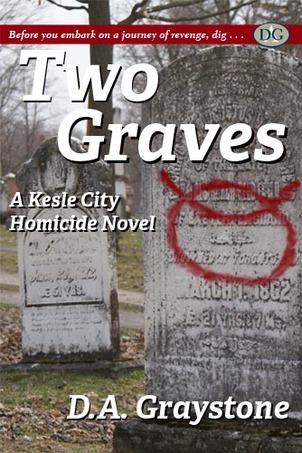 Forty year old Preston Peterson, pudgy, myopic and socially inept, knows the terror of being bullied. From his earliest childhood memory, he has faced ridicule, name calling, harassment and beatings. Fear ruled his life, possessed him, controlled his every encounter with others.

Now, he has killed.

The time has come for those who bullied him to pay the ultimate price for their torture.

Preston is getting even and everyone is a target.

But with a panicked city and Lieutenant Gregg Mann's task force looking for him, Preston should have remembered the Chinese proverb, "Before you embark on a journey of revenge, dig TWO GRAVES." 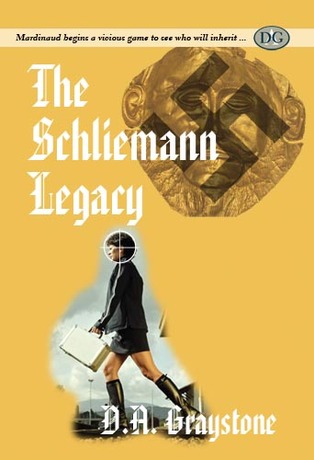 1873 — Heinrich Schliemann discovered ancient treasure in Turkey which proved the existence of Troy.

1943 — the treasure disappeared from Nazi Germany.

1981 — Henri Mardinaud, international information broker, discovers the treasure in the possession of Friedrich Heiden, ex-commander of Majdanek, a Nazi extermination camp. Using his network, the master gamesman positions his players in a race for the treasure and the Nazi:

Duman, a vicious Turkish terrorist who will do anything to achieve his objectives.

From Europe, to Heiden's fortress in Colombia, to a secluded estate in Jamaica, Mardinaud uses the hatred between Greece and Turkey and the horror of the holocaust to fuel his twisted game.

More than the treasure, survival becomes the ultimate prize in this battle of haunting memories, revenge, and love.