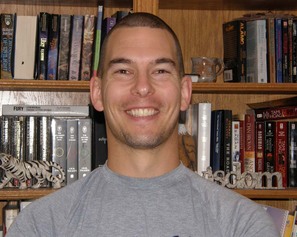 I'm a husband, father and writer. I'm a huge fan of Tolkien and Terry Brooks, but I'm always willing to give other authors and other genres a try.

Aside from writing, I like to read, lift weights, and do martial arts. I have a love/hate relationship with running.

I've been writing seriously for the past six or seven years. Right now, I'm trying to wrap my head around the business of social network marketing. If you're reading this, at least I've managed to create my profile successfully. ;) 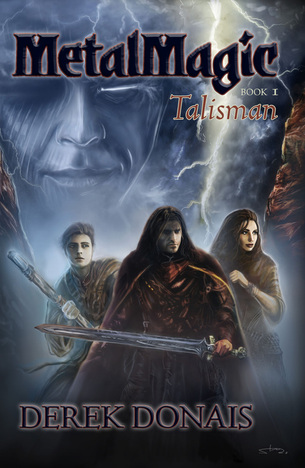 An elusive magic. A stricken kingdom. A twisted sorceress bent on the conquest of Evarlund's six realms.

For fifteen-year-old Jaren Haldannon, the key to wielding metalmagic—a feat that maddeningly defies him—is hidden in the mists of time and further complicated by his lack of awareness. With time running out, Jaren must discover within himself the key to solving the magic's riddle.

Morgaine, Jaren's older sister, is tired of her brother's meddling and of her responsibility to look after him. In the magic, Morgaine has found a calling in which Jaren cannot interfere. She has great potential, but her arcane talent arouses resentment and unwanted attention in their village of Dal Farrow.

Prince Aldrain has accepted the fact that he'll inherit the throne of Carathon. That day, however, seems far away and the heir apparent would rather spend his time hunting and courting. Unknown to all, a sinister plot is unfolding within the capital, one that will thrust great responsibility into Aldrain's hands much sooner than he ever anticipated.

Against these three unwitting heroes is arrayed the fearsome might of the Warwitch. Through unnatural means, she has used the metalmagic to transform herself into an unstoppable adversary. Armed with an old-world weapon of mass destruction, the Witch moves to subdue any who might oppose her.

Loyalties of blood and honor will be tested. Ages-old deceit will be revealed. In the end, who will remain to claim mastery of the metalmagic?