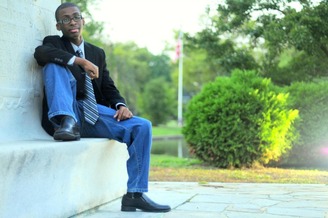 Born of the 16th day of the 8th month on the 1994th De'Quan Foster began writing Danger Kids when he was 11 on May 19th 2006. As a child foster was bullied and made fun of for his appearance and some of the interests he had. Some of those interests included the Star Wars Films, Various Marvel Comics and DC Comics as well as movies based on them, as well as the Harry Potter book series. He drew inspiration from these interests and soon began developing the Danger Kids. The idea of having kids with superpowers intrigued him. As time progressed he developed an entire universe with many characters, places and events far beyond what he ever imagined.

His Mentor and Later Co Author A.S.Washington took interest in this universe and aided Foster in the development of his story. Foster often expressed how he wanted this story to inspire people and he also wanted the story behind the story to inspire people as well. Foster and Washington released the first novel in the Danger Kids Universe "The Twelve" on December 12th 2012. Foster wanted to release "The Twelve" first because he believed that the universe needed to be established so that when he released the main books in the Danger Kids Series it would allow for more in depth storytelling to be told.

Foster plans on releasing the first novel in the Danger Kids Series in Spring 2013. He will be breaking boundaries as a young African-American Author to create a Sci-Fi, Fantasy, Action-Adventure series at the age of 18. 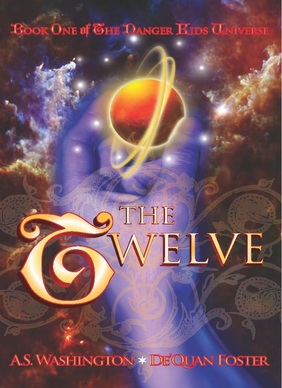 Aeon, creator, and lord of the universe, has brought forth all things into existence. The universe is one with Aeon, but his presence on the physical plain would cause the universe to fold in upon itself, destroying everything. Looming deep in stasis sleep, his essence remains ever present, while he himself remains ever absent. Our Union, is the assembly of the children of Aeon, tasked with keeping the balance throughout the universe. They are the invisible watchers who become embroiled in their own internal war. The collective is shattered when one of them is slain. Sides are taken, and the entire universe hangs in the balance of the outcome. Merridia, lies at the center of the universe. Corvus the first of the lower beings was blessed by Thutmos to rule there as chieftain of the gods. Ages have passed and the Merridians have only grown stronger. Black Dawn, the son of Corvus is haunted by visions of a great calamity that threatens Merridia. In defiance of his father orders, he sets off to meet the threat head on. Will he quiet the storm, or shall it be his undoing? Scicremeon, always thirsting for blood, is driven only by her want to avenge the death of a father she never knew. Even in the face of a god hell bent on her destruction, she stands defiant until the last breath. In her wake, she leaves behind only rivers of blood. Yet, the love of a young boy teachers her that killers too can be kind. Titans clash as bonds are broken and new alliances are formed, while a brewing storm could wash away the fabric of what once was, forming it anew in a sea of darkness where no light may shine. Compelling, suspenseful, insanely gripping, and packed with unforgettable characters, The Twelve is space fantasy that packs a real punch.