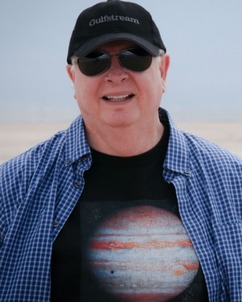 Dennis Meredith is a veteran science communicator and author of science thrillers that seek to extrapolate real-world science into compelling stories that speculate on their ultimate implications.

He brings to his novels an expertise in science from his career as a science communicator at some of the country's leading research universities, including MIT, Caltech, Cornell, Duke and the University of Wisconsin.

He was a creator and developer of EurekAlert!, working with The American Association for the Advancement of Science to establish this international research news service, which now links more than 4,500 journalists to news from 800 subscribing research institutions.

In 2007, he was elected as a Fellow of the American Association for the Advancement of Science "for exemplary leadership in university communications, and for important contributions to the theory and practice of research communication." In 2012 he was named the year's Honorary Member of Sigma Xi, the Scientific Research Society.