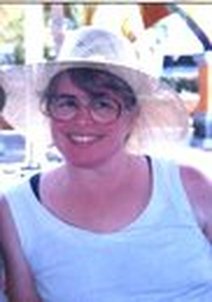 Delinda McCann is a social psychologist who has worked in the field of developmental disabilities for over twenty years. She has served on committees for the state of Washington and been an educational advisor to other governments. Her work has earned her the praise of doctors, government officials and families all over the world. She has published numerous articles on disability issues, education, and adoption. Her unique perspective and sense of humor have delighted her readers even when she has been writing about the reality of caring for a loved one who has a severe disability. When the world turns crazy, as it frequently does for the disability community, her friends say there is nobody they would rather laugh and cry with.

Delinda lives a on a small farm near Seattle, WA where she raised her daughters and now runs a small organic flower business with the help of her husband and two giant poodles. She enjoys singing with her church choir and playing the piano-poorly. A brush with cancer made her realize that she needed to slow down, so she turned to writing fiction inspired by her behind-the-scenes experiences of advocating for and loving the people who are just a little bit different. 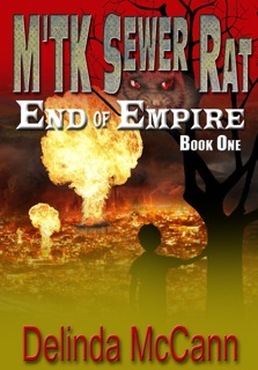 When young Jake Jaconovich lived with his parents in Wulfton, the industrial area of the city, Emperor Vanderholm had no idea that the person who would one day overturn his power and set the whole country on its tail lived and breathed the foul air of the slum.

Jake’s earliest memories are of the death of his sister and his beloved mama’s illness.  He remembers fleeing to the coast to live with Mama’s family.  He will never forget the smell of rotting fish in the northern fishing village.

Jake was five when his family returned to the city where Papa worked for the railroad.  They moved into an apartment in M’TK, the worst slum in the city.  Jake remembers how he soon became aware of other young children too drunk to play with him.  After he got beaten-up the first time, he began the study of martial arts under Mr. Wu, the most powerful crime boss in the city.

Jake’s life changes again when Emperor Vanderholm orders the army to burn M’TK.  Once again his family flees their home.  While Jake stood on a ridge outside the city and watched as the army burned the slum, Emperor Vanderholm was still unaware of Jake’s existence.   He could not know that his own actions intended to weaken owner of the railroad, Mr. Rouseff, have moved Jake one step closer to bringing about the demise of the empire.  The burning of M’TK brings Jake and his family to the attention of Mr. Rouseff, who will do anything to thwart the Vanderholms.

Jake grew up to become a charismatic young man.  After attending university under false credentials, he started his career as a lowly prosecutor, charging and fining drunks and prostitutes week after week.

The murder of a fisherman’s daughter in a northern village catapults Jake to the center of the political arena when the local fishermen ask Jake to prosecute the case against the emperor’s cousin Leon Fortenac.

The Fortenac case becomes the catalyst for change when the courts rule that the nation must adopt a constitution to reflect the true demographics of the country. 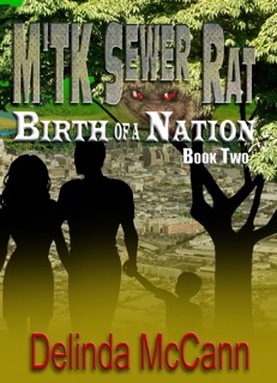 When the newly inaugurated President Vanderholm makes it his first priority to appoint a new supervisor to the prosecutor’s office, Jake Jaconovich and his office mates are immediately suspicious.  Within days they discover that their new supervisor is one of the most notorious professional assassins in the country.

Jake is immediately plunged into a new case of corruption that he is certain must lead directly to his former classmate, President Vanderholm.  Jake manages to juggle the needs of his young family and aging parents as he works to curb the Vanderholms and bring rule of law to his country.

His work is hampered by the new constitution, which still creates a class of citizens who do not have rights, access to education, property ownership and employment sufficient to provide a livable wage.  Poverty, starvation and crime plague the embattled country.

When a coalition of southern leaders files a suit to overturn the constitution, Jake faces the possibility of getting a new constitution that will include rights for everyone, or if he fails, he must take his family and flee the country.

Watch as Jake and his office mates work together with Professor Ingleman and “his merry band of scholars” to build a new nation based on civil liberties, equality and justice for all. 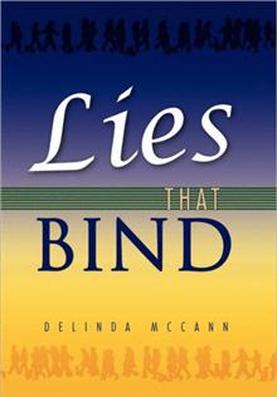 President Jake Jaconovich is the second president elected under the new constitution of an emerging nation. He and his party are working to bring rule of law, human rights and economic stability to a country formerly run on a system of extortion, exploitation, bribes and gang warfare. Problems with rioters and terrorism are epidemic in his country extending even into his own household. Everything he says in private, every random thought or jest gets blown out of proportion and reported to the worst of the opposition press.

Celia Louise Jones-McKinsey is an ex-schoolteacher. She has become a hostage in her own home as she cares for a husband with dementia. She knows she is exhausted from taking care of others. She was a caregiver long before her husband became ill as she raised his son with multiple disabilities. She is beginning to think that her life of caring for others is destroying her body and soul. What Celia fails to realize is that her web site on caring for dementia patients has come to the attention of President Jake.

The story opens when President Jake makes a special stop in Victoria BC to visit Celia. After the initial awkwardness of their first meeting Jake and Celia find that they have much in common including a mutual physical attraction. When Celia is finally free for a week to visit Jake’s country, he seduces her into bringing her senile husband and moving to his country by introducing her to the plight of the children orphaned by the recent economic crash. Celia leaves her home to escape her life and family and to be with Jake. When she settles into her new home she finds one hundred six children, nine puppies, a serial bomber, numerous rioters, a snitch, a slave trader, a passion for football, a plethora of helicopters and a host of characters to keep things lively.

At one point Celia asks Jake if their lives will ever be ordinary. He answers, “We’ve had the occasional breakfast together or dinner in our rooms that is ordinary.”

“And between breakfast and dinner?” Celia asks.