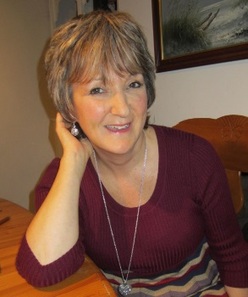 Debrah Martin describes herself as the ultimate multi-tasker.

‘Sometimes I even have to remind myself who I am for the day,’ she admits.

That’s because she writes under three different pen names and in three very different genres. As Debrah Martin she writes literary fiction. Falling Awake is a dream-like tale where truth IS stranger than fiction. She also plots fast-paced and compelling thrillers as D.B. Martin, with the first in the Patchwork trilogy, Patchwork Man, out now. Its fallen hero, Lawrence Juste QC faces a future as tricky as his past when his previous misdeeds catch up with him and his dead wife blackmails him, apparently from beyond the grave. The second in the series, Patchwork People twists the knife even further when it’s released at the end of September 2014.

And not to be overlooked is her YA teen detective series, penned as Lily Stuart – THE teen detective. Irreverent, blunt, funny and vulnerable, Lily’s diary tells the tale of her mother’s internet dating spree – and the murderer she meets, interspersed between daily life as a teenager, with all its bitching, banter, and vulnerability. Webs is also due to be released in September 2014.

So why not stick to just one name and one genre?

‘Variety is the spice of life,’ she replies. ‘And I have all these ideas – they have to come out somehow!’

Debrah’s past careers have spanned two businesses, teaching, running business networking for the University of Winchester and social event management. She now makes do with chairing the Wantage (not just Betjeman) Literary Festival in her hometown when she’s not writing. She also has two daughters and a dog to organise.

You can find out about all of her books and latest releases on her websites debrahmartin.co.uk and lily-stuart.co.uk