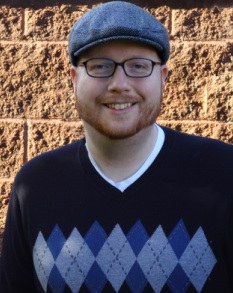 David K. Hulegaard is an author and student of film and music. From an early age, he was encouraged by his parents to read a little bit each day, and developed an extensive imagination while burying his nose into a mixture of "Choose Your Own Adventure" books and literary classics.

With an established professional background in the real world of category management, consultation and marketing, he felt unable to quench the thirst for creativity he'd been harboring for years. This led to the release of his debut novel Noble in October 2010.

Hailing from the postcard-perfect Pacific Northwest, where he currently lives with his fiance, there is never a shortage of inspiration. Citing a variety of influences, he loves to dabble within many different genres and settings to tell a story. 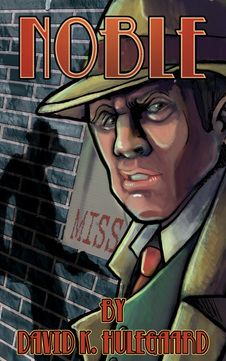 In the fall of 1947, Jane Emmett went missing from the small Northeastern town of Ashley Falls. Jane was a rebellious youth who was no stranger to trouble, and her diminished presence around town was not considered by the locals to be anything more than a punishment. When disturbing entries from a hidden journal are discovered by Jane’s best friend, reluctant private investigator Miller Brinkman can no longer ignore the situation and enters the fray, officially declaring Jane Emmett a missing person.

However, what starts out as a missing persons case soon evolves into a sinister puzzle that reaches far beyond the town limits of Ashley Falls. Miller’s investigation will take him down a path of unexpected twists and turns as he attempts to find Jane Emmett and bring her back home. Standing in his way are corruption, a government cover-up, and a global conspiracy that will shake the very fabric of life as he knows it.

How far will Miller go to uncover the truth behind the abduction of Jane Emmett… and will he be prepared for the answers that he seeks?

Hardcover, paperback, and ebook at FastPencil.com

Down Chapter 1 of NOBLE (pdf) 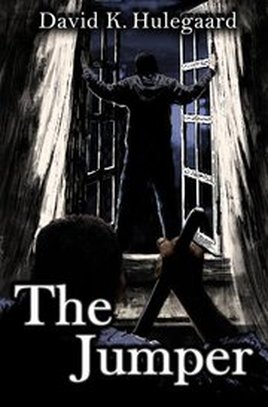 When the real estate market collapsed, so too did R.C. Dawson’s retirement plan, forcing him back into the workplace at 54 years old. He took the night custodian job at a youth community center, thinking he’d get to enjoy the peace and quiet. He was wrong.

The community center was a beautiful old building with a dark secret. It was the home to a mysterious shadow figure they called “The Jumper,” an innocent looking teenage boy harboring a rage that prevented him from moving on.

R.C. now finds himself on a chilling collision course with a powerful force, a 25-year old mystery, and a night he’ll never forget.


Download a short story prequel to The Jumper called