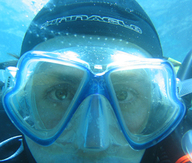 Having picked up the Hobbit at the age of seven, I was hooked on fantasy novels and vowed to write my own. Ok, so it only took 30 years but I finally did it :)

My background is in Virtual Reality and I spent a good deal of time working in this field when i'd decided it was time to move on and fell into video game development. I have the privilege of working on many titles, so that is a fun day-job.

As for my writing? It's one of those things I find relaxing and stressful, often at the exact same time! I sometimes feel my brain is being torn in two, but it's all jovial fun...I think. I'm sure whoever reads this can easily relate to the feeling too. When I write, I love writing about the 'underdogs', where the heroes are real but seriously flawed. This gives an excellent opportunity to throw in some humor too. Because, while its great to create a fantasy world, I always want to give the reader an opportunity to smile and laugh once in a while too.

My first published title is, 'Legend Unborn.' It is the first of a planned four-book series in the 'Key of Souls' series.

When i'm not writing, you can usually find me wandering around looking aimlessly with a camera here in Santa Monica. Or, if you're a scuba diver, make sure to wave when you see me under the waves. And finally, if you happen to be in the hills after dark and see some guy squinting through his telescope, please don't be afraid. Instead, please offer me a cup of tea because my hands are usually freezing! 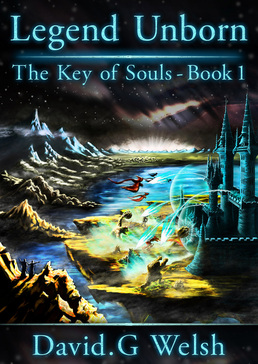 A living legend has silently coerced and manipulated life for countless eons in a bid for the one thing it had unceremoniously stolen from it; freedom. And, after so much time, it senses a change that may be just what it's after. But to achieve this goal, existence itself will be placed in the incapable hands of a newly created god with a broken leg and a stutter, a powerful young wizard who is yet to cast a successful spell, and a young eagle afraid of heights. And to think heroes were once the kind you could actually rely on...

And, after centuries of self-exile, a megalomaniac sorcerer hell-bent on reclaiming what he believes is rightfully his, returns. The thing is, what he believes is rightfully his happens to be, well, everything. We're pretty sure someone will have something to say about this. Throw in some dark gods that have no hesitation in corrupting the souls of the innocent, and the beginnings of a terrible war, our three unique individuals are really in at the deep end, caught between a rock and a hard place, up shi… well, you get the situation.

The end result of all this is going to make a lot of people annoyed and dead but mostly dead. However there's a strong possibility that on the way to being dead, they will be just a tad annoyed.