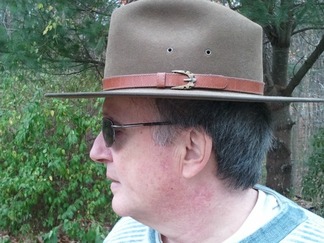 I am a retired English teacher who got hooked on detective novels when I was an adolescent. Later on, during the 1980s, I began writing my own detective novels, all of them featuring a hard-boiled, unscrupulous character by the name of Brett Cornell.

Prospective readers may possibly need to be aware that the novels in this series are written in a tongue-in-cheek style and are meant to be humorous in many respects, just so long as one doesn't take Brett and his outrageous attitudes and behavior too seriously.

Recently, under the pen name of David Dennis, I have put the finishing touches on a novel that is totally unrelated to the Brett Cornell novels. Entitled "Why She Left Us," it is a serious work, dealing with the loss of a person of high moral standards who innocently becomes the victim of circumstances beyond her control. At 432 pages (in print), it may be considered my magnum opus.

Why She Left Us 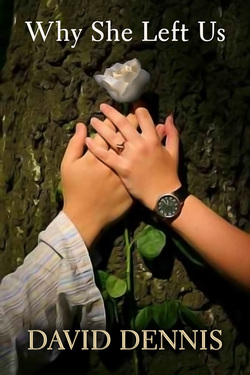 It was the summer of 1985, and she was young and inexperienced, but longing to love and to be loved in return, when he entered her life.

At the same time, while she was desperately seeking the love and approval of a mother who never wanted her in the first place, events totally beyond her control claimed her as their victim, leaving those she left behind unable to cope with the enormity of her absence.

"WHY SHE LEFT US” is written as a series of diary entries, the events seen through the eyes of several different people.

But at its center is a love story chronicling a romance that transforms the lives of two people who, for too brief a period of time, experienced the greatest happiness they had ever known.

Click for a sample of Why She Left Us 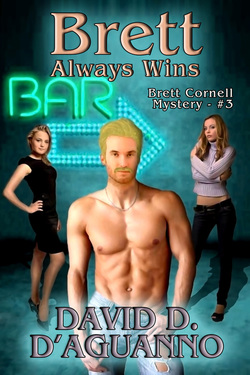 According to the police report, the attractive, blue-eyed blonde had been shot to death in her apartment at around 7:30 p.m.

Then how was it possible that nearly 50 people saw her dining and dancing at a nearby club over 3 hours later?

Set in the late 1980s, the third Brett Cornell novel finds the studly private detective surrounded by the usual bevy of beautiful women, as well as a few seedy characters who foolishly decide to butt heads with the supreme unscrupulous bastard himself.

But Brett's road to victory isn't easy, especially when he receives a frantic call for help which leads to his being severely beaten right outside his office building and, later, being held and threatened at gunpoint.

Soon, bullets start flying, fists start flying -- and even a sledgehammer is used -- in one of the most violent cases of his career, before Brett finally wins!
Amazon.com 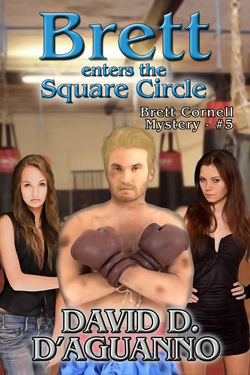 Where in the world is Stacey Ashton?

Stacey herself told her employer that she was leaving for Philadelphia on personal business.

But Melanie Foster suspects that the girl has run off to Florida with her husband instead.

Enter private detective and self-proclaimed unscrupulous bastard Brett Cornell who attempts to discover Stacey's true whereabouts, only to learn that she may actually have been murdered -- and that the murder took place a lot closer to home.

In this fifth Brett Cornell detective novel set in the late 1980s, Brett finds himself pitted against a group of particularly deceitful and unpredictable characters.

And at the same time, he is about to imperil those stunning Adonis-like features of his when he enters the boxing arena in a major bout that may very well turn out to be a life-changing experience for him. 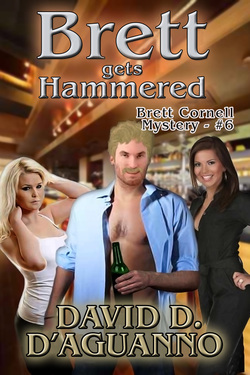 The beautiful and alluring Tammy Rankin and her brother Andy were positively grief-stricken when their well-to-do father died of a fatal heart attack.

In fact, their grief was intensified when they realized that their young stepmother stood to inherit his vast fortune -- that is, unless they could somehow suggest foul play and pin a murder rap on the woman, notwithstanding her probable innocence.

They obviously needed to enlist the services of someone who was totally devoid of any amount of scruples whatsoever.

A perfect cue, then, for the entrance of self-proclaimed unscrupulous bastard Brett Cornell who -- as expected -- is instantly attracted to the prospect of getting his own greedy hands on a portion of the Rankin inheritance --
and on the lovely Tammy Rankin herself!

However, will his unscrupulous nature alone, coupled with his stunning Adonis-like features, be enough for him to pull it off? -- especially when he's been spending the last few months of his life in a state of almost constant inebriation? 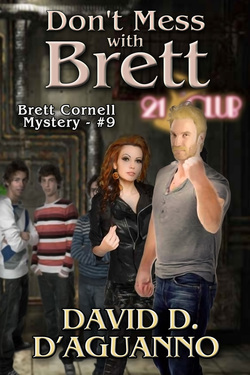 The life of an unscrupulous bastard can sometimes be fraught with difficulties.

First, there was the sweet young thing who claimed he'd impregnated her.
(Know what a condom is, Brett?)

Then there was the desperate young man who wanted to take him to court.
(One of the risks you run when you insist upon being so unscrupulous.)

How about the guy who showed up at his apartment and threatened him at gunpoint?
(Punching him out at that party might not have been such a good idea.)

Or the ex-girlfriend who came back, just to call him STUPID?
('Nuff said.)

But when someone left a dead body on top of his bedspread, the message that needed to be sent out was clear: "Don't mess with Brett!"

It's All Brett's Fault 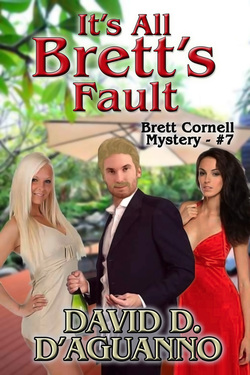 Marcus Wade was a man who wasn't easily intimidated -- that is, until he had reason to believe that someone was trying to kill him.

Upon talking the matter over with his wife Sybil, he decided to hire someone who would not only protect him, but who would also scare off any potential murderers. In other words, he needed a man who was tough, dangerous -- and more than a little unscrupulous.

Enter private detective Brett Cornell who jumps at the chance to push his weight around on the man's behalf, but is even MORE anxious to get it on with the lovely Sybil Wade as well as her younger and even more voluptuous sister Nora -- for starters!

The fun and games come to an abrupt end, however, when someone really ends up dead, and everyone involved agrees: It's all Brett's fault!