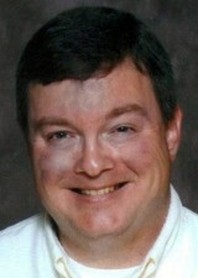 I used to describe myself as the world’s foremost lowbrow English teacher. I have a profound respect for the great writers, and authors like Mark Twain and William Shakespeare have a place of honor on my shelves. But they aren’t the ones who’ve moved me, who’ve made me fall in love with language, who’ve inspired me to write. I didn’t want to be Tolstoy growing up; I wanted to be Stephen King. It wasn’t Bill Shakespeare who showed me how much pure fun telling stories could be; it was Stan Lee. And it was Bradbury, not Hemingway, who showed me how tales of the fantastic could turn into pure poetry.

I love heroes. I cut my baby teeth on The Hardy Boys and Silver Age Marvel comics. I have a passion for the pulps, particularly Doc Savage. Asimov and Bradbury introduced me to science fiction. Howard and Burroughs showed me how to wield a sword and discover a lost world. And once you’ve been to Middle Earth, nothing else quite compares. In the eighth grade I discovered Stephen King, and I’ve been one of his Constant Readers ever since. I could mention some of the others, like Frank Herbert, or Harlan Ellison, but let it suffice to say that while on the road to becoming a writer, I got sidetracked.

As a child with Cerebral Palsy, I often felt like Heath Ledger’s character Sir Ulrich in A Knight’s Tale – trapped by his stars and unable to do anything about them. I began to notice this t-shirt a friend of mine often wore. It read: “Wrestling: A Special Sport for Special People.” Could I be one of those special people? Could this be my way of reaching out and finally changing my stars? I decided to go out for the wrestling team, and I changed my stars more than I ever dreamed possible. Wrestling was such a life-changing experience that I shelved plans to go into journalism and changed my major to education. For the next twenty years I spent my mornings in the classroom and my afternoons and evenings in the wrestling room and the gymnasium. I became an adept in the many ways to assemble an essay, and I spent hours and hours editing the halting prose of the teenager and the novice. I never became the storyteller I thought I’d be, but I did make the National Wrestling Hall of Fame.

Did I miss my calling? Yes and no. Being a wrestler and a coach filled a need in me that nothing else could, so I don’t regret one minute of it. I never won the state championship, but I raised at least three boys “from pups” who went on to wrestle in college. The kids I coached will still come up and hug my neck to this day. They are all fine lads, the sons I never had.

I’d love to hear from you. Drop me a line any time. I’ll answer every one. Contact Darryl 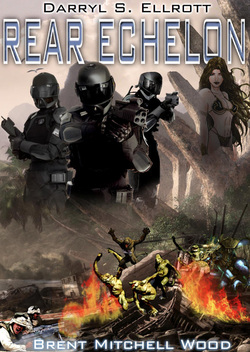 IT WAS SUPPOSED TO BE A STANDARD RESCUE MISSION

Private Travis Buckley and his friends from Bandit Company were strictly rear echelon types – a support platoon for the Alpha Elite Commandos of the Stellar Armada. When an orbital disaster destroys their ship, Travis and fellow survivors Ernie “Struts” McCaskey and Private Numbnuts go from being “in the rear with the gear” to the forefront of an improbable rescue mission that could plunge the entire Confederation into intergalactic war with the mysterious Machai Legion.

Dr. Arnac has been kidnapped by terrorists in black rumored to be a Machai death squad, only the Machai vanished into the depths of interstellar space centuries ago. Arnac is carrying a secret in his head that can’t be allowed to fall into enemy hands. Alpha Elite’s orders are clear: reacquire Dr. Arnac, or make sure he doesn’t leave Askura alive.

The survivors of the crash landing must mount a desperate rescue and fight their way across trackless jungles filled with ancient civilizations, exotic beauties, and deadly predators. If they can survive becoming bullet bait, they must lay siege to the lost city and halt the diabolical Machai plan to conquer Earth. The enemy didn’t count on one thing: Travis and the Bandits are determined not to fail! 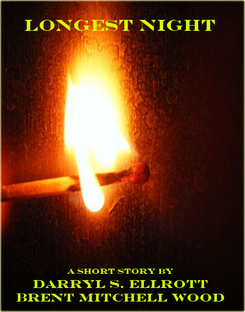 Former Special Ops Agent Brian Mitchell was living a quiet life as a Sheriff’s deputy with his wife and daughter, until the night he awakened to find himself kidnapped and his family held prisoner by a former enemy determined to settle an old vendetta. Trapped inside a remote castle in eastern Europe, Brian must use every bit of skill, experience, and animal instinct he possesses to survive a grim gauntlet of professional killers determined to make sure he doesn’t see the end of the longest night of the year alive! 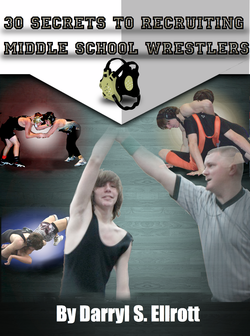 Have you ever wracked your brain trying to come up with a new idea for getting more kids to come out for your wrestling team? Have you ever pondered what motivated your wrestlers or how to get the best out of them? Have you ever doubted if you were doing the right thing? Let twenty-year Middle School coaching veteran and National Wrestling Hall of Fame member Darryl S. Ellrott answer those questions and more with his new e-book from Ellronté Press (Kindle version published by Big Rock Publishing)! In this no-nonsense survival guide for the wrestling recruiter, Coach Ellrott will entertain and inform you as he reveals over thirty of the principles and strategies he used to consistently recruit and develop large numbers of wrestlers year after year.