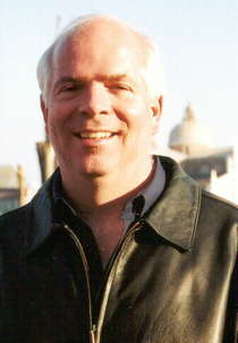 Darrell Delamaide is a writer and editor in Washington, D.C. He has published three previous books, including the financial thriller Gold. As a journalist specializing in business and economics, he has reported from five continents.

A native of Pittsburg, Kan., Delamaide lived in Paris, France for 10 years and spent another decade in Europe in various cities in Germany. He is fluent in French and German and has traveled throughout Europe. He has also visited various countries of the Middle East and North Africa, as well as Ivory Coast, South Africa and Australia.

In the course of a long career, Delamaide has been on the staff of Dow Jones, International Herald Tribune, Institutional Investor, Bloomberg, and America Online. He has also written for Barron’s, Euromoney, MarketWatch and numerous other publications.

He currently writes a weekly column, “Darrell Delamaide’s Political Capital,” for MarketWatch, a Dow Jones online publication. He also writes for publications of the Official Monetary and Financial Institutions Forum in London and is engaged in a number of other writing and editing projects. 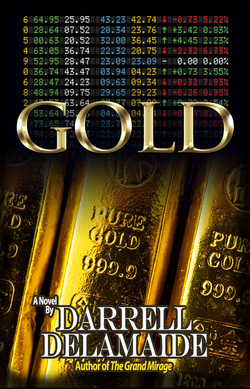 
A crucial telex disappears from a newsroom in London and an editor turns up dead outside Geneva. Terrorists sabotage gold mines in South Africa, throwing global markets into a tailspin while the price of gold itself soars. American journalist Drew Dumesnil must follow the trail of a possible conspiracy from London to Switzerland to Kuwait and on to the rich mines of the Rand as he tries to prevent a global financial collapse. Aided by economist Carol Connor at the New York Federal Reserve and thwarted by a shadowy metals trader in Zurich, Drew finds his own life at stake as he tries to dig out the truth. Gold is a classic financial thriller in the tradition of Joseph Finder, Christopher Reich and Stephen Frey. Though it first appeared two decades ago, it is as current as today’s headlines. 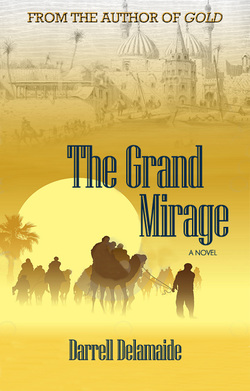 
The entire crew at a railroad work site in the Syrian desert is mercilessly slaughtered. A German spy in Constantinople is mutilated and killed as the Kaiser backs the building of the Baghdad Railway, which will connect Berlin to the Persian Gulf. The British Foreign Office dispatches Lord Leighton, an accomplished Orientalist and commissioned army officer, to spy out progress on the railway and to stop it if he can. On the threshold of war in 1910, the British, German and Ottoman empires are vying for position in the Middle East as London tries to fend off Germany’s threat to its rule in India. From legendary Constantinople across a rugged terrain of mountains, tundra and desert, Leighton follows the trail to Baghdad as he attempts to fulfill his mission. The Grand Mirage is an historical thriller that combines Wilbur Smith’s sense of rugged adventure, Eric Ambler’s taste for intrigue and Alan Furst’s period atmosphere to transport the reader back to an exotic Orient now lost to history.