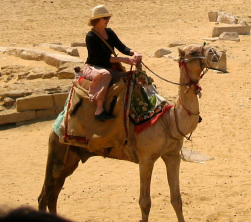 A long time ago, I lived in Mali. Every single day, I wished I could wave a magic wand to relieve the heart wrenching poverty. My experiences there led to the writing of EMBATTLED, which reflects my desire to wave that wand and make the world a better place—if only wishes could come true.


Initially, I intended to write “a” novel. The story and characters took over and the ending demanded another. EMPOWERED is that “other.” I've always believed we can't be the only beings existing in the vastness of the universe, There must be others “out there somewhere” and I'd like to believe they're not all that different from us. Those beliefs are reflected in my writing. My novels stay, for the most part, within the realities of our world, but I've found that I love the magic the sci-fi element of other beings could bring to a story. 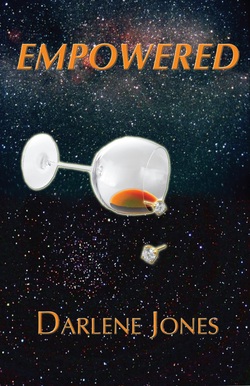 The power of Jasmine’s childhood visions convince her that she will find her perfect soulmate. Jasmine pursues Victor relentlessly, believing he is “the one.” But, the visions promise much more than a lover. They portend danger and a threat to Jasmine’s perfect life. She will wrestle with unknown forces that drive her, and with the knowledge that she has lived before. Who was she in that other life? Why is she so sure she is invincible? Where will her beliefs lead?

And Yves? He is the celestial being assigned to watch over her, and to provide the people to protect her. He must experience again the agony of losing the woman he loves to another as Jasmine and her soulmate fulfill their destiny. Will Yves jeopardize his rise in power by going to her on Earth? Will he give up his love? Or, …? 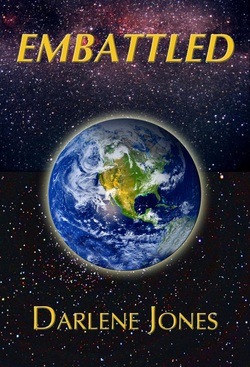 Em sits at her desk, her hands soaked in blood. No wounds, no pain, and no idea where the blood came from. The reds and greens swirling across her computer screen scream jungle battle. She’s certain she was there. Fighting through the jungle to stop a battle, storming into a courtroom to save the accused, facing a firing squad of armed ruffians…

Are her “three wishes” coming true?

And, Yves? He is there to arm her with special powers, to send her into battle, to watch over her. His first assignment as a supreme power is to clean up the mess on Earth without going down there himself. Meeting his superior’s expectations is a huge challenge. Falling in love with Em threatens to ruin everything.