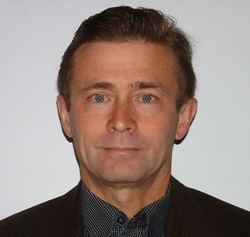 Daniel Clarke Smith is a physician from Minnesota who wanted to be a writer from the time he was in Junior High but never found the time. In 2007 he took decisive action and made writing a priority. He writes thriller genre material with a medical twist and his goal is to entertain his readers with page turning, suspenseful writing. 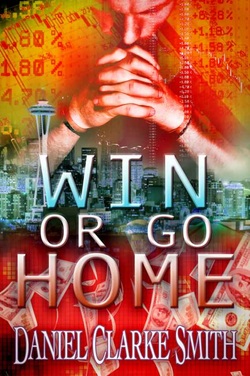 Doctor-turned-bounty hunter Rick Parker has made a mess of his life and career and is holding on to his new job by a thread because his boss won't fire him. A chance for redemption appears in the form of beautiful and mysterious Samantha Norton. Samantha's husband Michael stole plans for a blockbuster drug and jumped bail after his arrest. Samantha stands to lose her home if he isn't found. Parker follows his only clue and runs smack into a menacing ex-cop who seems to know more than he'll admit. Parker's search takes him the width and breadth of the Puget Sound area. As he closes in on his target he has to confront some unpleasant baggage from the past and gain the trust of Samantha's daughter Emily, a mysterious autistic savant with a talent for music and computers.

Rick Parker is back in action, tracking down a con artist named Bruce Levin. Somebody killed Levin in a cheap motel in Eastern Washington and Parker wants to ID the body and collect his premium. A complication arrives in the form of a private eye named Jessica Monroe who says the body is Jack Mann, a runaway husband from California. The descriptions of both men match perfectly. Parker and Monroe form an uneasy alliance to pursue the killer and pin down the identity of the victim. They have no idea this will throw them into a chamber of horrors straight out of a Hollywood B movie that threatens not just their job but their survival.

Rick Parker thinks his target will be easy to catch: a middle class soccer dad accused of assaulting another dad during a match. But the man has vanished into thin air and for once, Parker believes his family had nothing to do with it. He establishes that the man had a second identity unknown to his wife and daughter. For once, it wasn't to have a second wife and family. The man is an airline pilot with a flawless service record who seemed to come out of nowhere twenty years ago. Parker sends an associate to check out some clues and before he can blink the police find the associate dead of gruesome injuries. Parker books a flight out of San Francisco that he thinks his target is on and discovers after takeoff that their destination has been changed into something sinister beyond belief.