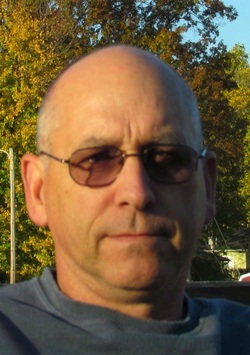 Daniel C. Chamberlain has been a police officer, Chief of Police and Special Agent with the Air Force Office of Special Investigations where he broke the largest black market ring in post World War II Europe. After retiring from the Air Force, Dan became Director of Security for a multi-national corporation. He has also been a successful “Feature” contributor for national circulation firearms magazines.

Combining his love of history and the old west, with his investigative skills, Dan has crafted a frontier murder mystery that will satisfy lovers of traditional westerns, and detective fiction.

Dan lives in Illinois with his wife Noreen and three daughters. He has embarked on another career as an oncology nurse. 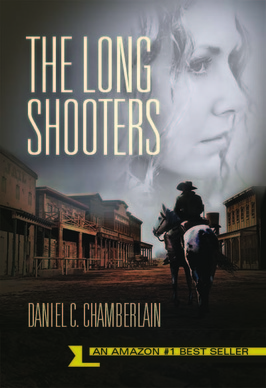 In the grinding death mill of the "trenches" around Petersburg at the close of the Civil War, the ultimate Union sniper makes a shot no other man alive could have made. After the war, he disappears.

Samuel Roark is a small time ranger and part-time attorney. One personal tragedy after another leaves him gripped with bouts of depression and alcoholism. When a hidden marksman of uncommon skill murders his son, Samuel teeters on the brink of Total madness.

Sarah Roark, a woman of strength, courage and startling beauty, emotionally exhausted by the tragic events that have overtaken her family, must prevent his quest for revenge, fearing it will ultimately destroy him.

Matthew Shaw, a known "manhunter" agrees to help Samuel find those responsible for the death of Roark's son. His assignment becomes complicated when he realizes he's falling in love with Sarah.