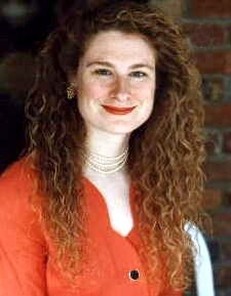 Bestselling, multi-award winning and critically acclaimed author Danelle Harmon is the author of ten books, previously published in print and distributed in many languages throughout the world. Though a Massachusetts native, she has lived in Great Britain and is married to an Englishman; she and her husband make their home in New England with their daughter Emma and numerous animals including four dogs, an Egyptian Arabian horse, and numerous pet chickens.

Danelle welcomes email from her readers and can be reached at
danelle@danelleharmon.com or through her Facebook page. 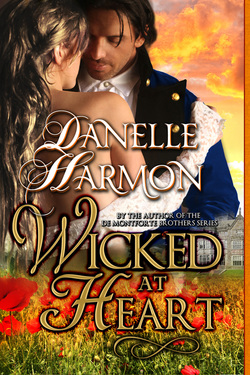 England, 1813. Damon de Wolfe, the sixth Marquess of Morninghall (a Romantic Times K.I.S.S. Hero of the Year Nominee) is dark, diabolical, and very, very dangerous. Tortured by his past and driven by his desire for revenge, the former naval hero has fallen from grace after infuriating his superiors. Now seething with anger in his lowly role of prison ship commander, he has locked away his brutal childhood memories and allows no one into his world. When beautiful and independent social reformer Lady Gwyneth Evans Simms dares to clash with him over mistreated prisoners, she unwittingly throws herself into the most perilous fight of her life. And Damon embarks on a journey of healing and discovery as the lovely widow seeks to exorcise the demons haunting his very soul through lessons in love. A gripping and emotional Beauty and the Beast tale by bestselling, multi-award winning author Danelle Harmon. 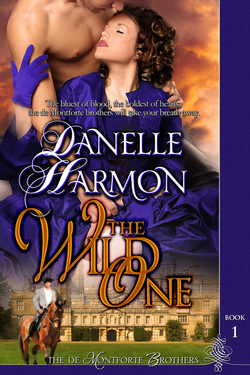 England, 1776: Lord Gareth de Montforte is known as an irresponsible rake with a heart of gold. When he takes a bullet for boldly thwarting a stagecoach robbery, he is stunned to discover that the beautiful young woman he has heroically rescued, Juliet Paige, is his deceased brother’s American fiancée, accompanied by her infant daughter. Despite his brother the duke's refusal to acknowledge Juliet, Gareth is determined to do right by the courageous woman who crossed an ocean to give her baby her rightful name. But Juliet is wary of marrying this black sheep aristocrat, even while she is hopelessly charmed by the dashing devil. Never has she met anyone who embraces life so thoroughly, who makes her laugh, who loves her so well. And, even when it seems the odds are against them, Juliet has absolute faith that Gareth will go beyond the call of duty, risking his life itself to give her and her daughter a home — and a love that will last a lifetime. 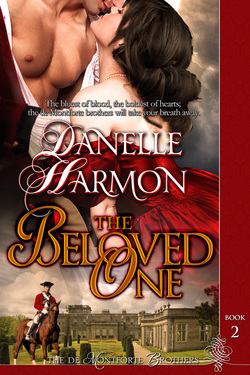 In this second installment of her breathtaking De Montforte Brothers series, critically acclaimed author Danelle Harmon introduces us to Englishman Lord Charles de Montforte, who awakens in the tender care of an American beauty after being wounded in battle. Amy Leighton has long wished for someone special to enter her life and take her away from a cruel, unloving step-family, but the handsome stranger is from an enemy land ... and he's sworn to love another. A 1775-era Cinderella story sure to enthrall! 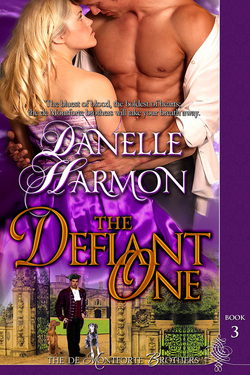 Blessed — or perhaps cursed — with a fiery temper, a strong will, and a blatant disregard for his brother’s wishes, Lord Andrew de Montforte's only desire is to be left alone. But after being caught in a compromising position with tempting Lady Celsiana Blake, the brilliant and brooding scientist/inventor is forced into marriage in this fast-paced, jocular tale in which a supporting cast of beloved pets, the warm and eccentric de Montforte brothers, and the Machiavellian influence of the mighty duke of Blackheath once again play a role... 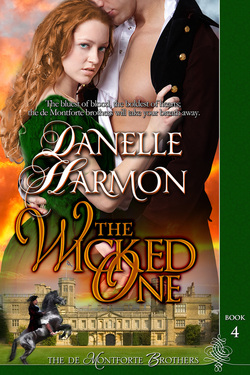 "The bluest of blood; the boldest of hearts; the de Montforte brothers will take your breath away."

When the powerful Lucien de Montforte, the Duke of Blackheath, arrives home to find a dangerous and vengeful woman waiting for him in his bed with pistol in hand, the master manipulator never dreams that he has finally met his match. But thanks to his scheming family's successful attempts to force a wedding, the wicked and wily duke finds himself entangled in a web of his own making in this spectacular conclusion to Danelle Harmon's critically acclaimed de Montforte Brothers series!

CAPTAIN OF MY HEART (Heroes Of The Sea Series) 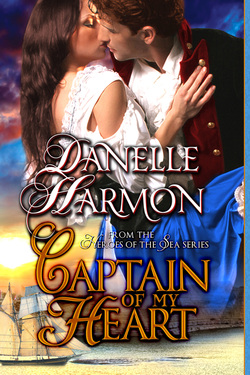 A thrilling adventure at the helm of a privateer schooner!  Set in New England during the early days of the American Revolution, this fast-paced and humorous seafaring tale of love and adventure follows dashing privateer Captain Brendan Jay Merrick, who arrives in Newburyport, Massachusetts, with plans for a magnificent new schooner. The handsome, wily half-Irishman has become a legend for his daring sea battles against the British, and they would like nothing more than to capture him . . . as would shipbuilder’s daughter Mira Ashton, who disguises herself as a crew member and sneaks aboard Brendan’s newly built schooner Kestrel to become the schooner’s sharpest gunner. As passions flare, desire explodes with the turbulence of an angry sea with Mira competing against Kestrel for Brendan’s love. But when tragedy strikes, Mira must join forces with her mighty rival in a daring adventure that turns the tide of battle and brings glorious victory to the colonists, the captain . . . and the lady who has captured his heart.

MY LADY PIRATE (Heroes Of The Sea Series) 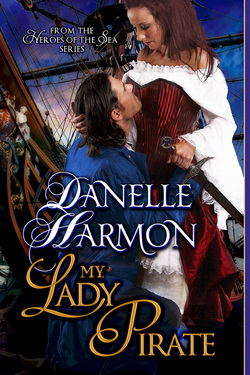 1805. Stung by a painful betrayal, Maeve Merrick, the notorious Pirate Queen of the Caribbean, commands the seas from the deck of her beautiful schooner Kestrel.  Tough, beautiful, and the equal of any man, Maeve has long despaired of ever finding love . . . but her life is about to change when fate sends her a handsome, high-ranking castaway who isn’t all that he appears, for the man known only as Gray is harboring a dangerous secret—a secret that could well change the fate of nations. Swept up into her friend Lord Nelson’s desperate race to bring the French fleet to battle in the lead-up to Trafalgar, Maeve soon finds that her most precious possession - her heart — is in danger of becoming a pirate's plunder in this fast-paced, passionate tale of love and adventure by the author of the bestselling de Montforte Brothers series.

MASTER OF MY DREAMS (Heroes Of The Sea Series) 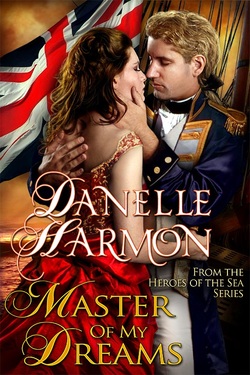 England, 1775: When nobly-born Captain Christian Lord is given command of the Royal Navy frigate HMS Bold Marauder, the disciplined and highly-esteemed English officer never dreams that a crew on the brink of mutiny will be the least of his troubles as he heads to Boston to subdue pirates and rebels. Haunted by nightmares and a tragic past, Christian is loyal to King and Country . . . never imagining that his gravest danger could come in the form of a beautiful stowaway who secretly plots his destruction. For also onboard is sensuous Irishwoman Deirdre O' Devir . . . determined to avenge her brother's forced enlistment into the Royal Navy, and now, as near as a whisper to the blackguard responsible. But the best laid plans go awry, and when Deirdre realizes that behind Christian's haughty, aloof façade beats a tender heart, she finds herself falling in love with her handsome enemy in this emotional and unforgettable tale of love and passion by the bestselling author of the critically acclaimed de Montforte Brothers series.

THE ADMIRAL’S HEART (Heroes Of The Sea Series) 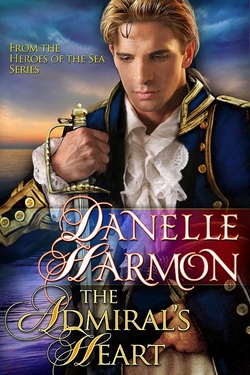 England, 1774. Ten years have elapsed since Lady Philippa Ponsonby Hatfield made a painful sacrifice in giving up the dashing Royal Navy captain with whom she was desperately in love. In the years since, Sir Elliott Lord has gone on to become a famous admiral and hero of England, and now, fate throws them together once more at a glittering ball hosted by none other than Lucien de Montforte, the mighty duke of Blackheath … where love gets a second chance in this sweet and sexy short story by the bestselling, award-winning author of the critically acclaimed de Montforte Brothers series.