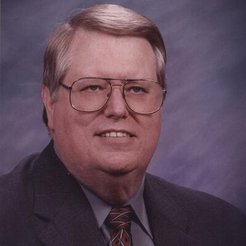 Dan C. Boutwell is a retired city planner. He is educated with a Bachelor's degree in Liberal Arts and a Master's degree in City and Regional Planning. However, today his greatest pleasure is to share his written stories with you.

For forty years urban planning was his vocation and focus. He worked as a consultant in a planning firm of which he is still the owner and president. During that time he discovered he had a passion for writing. Over the years he created numerous short stories and tales for his own enjoyment. After retiring, he determined to share these stories, tales, and yarns with family, friends, and others.

His vocation has taken him into scores of cities, both large and tiny, where he was exposed to the colorful history of Texas. He is a student of the West, the American Civil War, and anything dealing with Texas and/or Indian Territory. Dan loves science-fiction along the line of the Rod Serling model. He is an ardent genealogist; his studies in genealogy have fed his appetite for creative writing, bringing the cold facts of the past to life again. His passion is writing, in whatever genre suits him at the moment.

Dan lives in Burleson, Texas, with his wife and best friend, Max, an eighty pound black Lab. A semi-retired city planning consultant, he now enjoys writing and his other hobbies, including his grandchildren. He spends the majority of his time doing the thing he enjoys most doing, writing.

The Event--Down From the Tower

The Event--A Matter of Faith