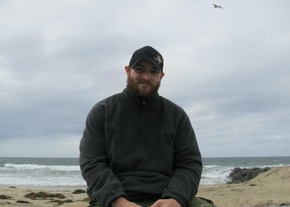 Author Dallas Blacker has worn many professional hats in his lifetime. From the mundane, such as: bagging groceries, painting houses, and changing oil. To the unflattering, yet necessary work of pumping odoriferous grease traps and septic tanks, as well as cleaning rancid portable toilets. Always seeking a bit more excitement, Dallas has worked as a night club bouncer, also competing a handful of times in the fast paced, high stakes world of mixed martial arts. Blacker says that from the time he was sixteen until now, he has held several different jobs, some of which he says he enjoyed, and many of which he says he did not. At one point, even attending college for a few brief months before eventually returning to work full-time. Aside from his wife, several close friends, and family Dallas said only one thing remained a constant.

"Writing. Ever since I was little, I've been a writer. In grade school it was short stories. In high school it was gangster rap, and the occasional article for the school newspaper. After school, I just kept writing different stories and lyrics. Few people ever saw my work, for me it was personal, something I did to express myself. Eventually, over the years I developed my own style of writing that I was comfortable with. Once that happened, my stories developed and grew larger until they became something I was finally ready to share with the rest world. If you want to know about me, just read some of my work." saysDallas, flashing a quick grin. "There is a piece of me in every single character I create, and every single story I tell."

Blacker's prior literary efforts include two published poems, as well as a self published children's picture book entitled: The Misadventures Of Kid Insanity.