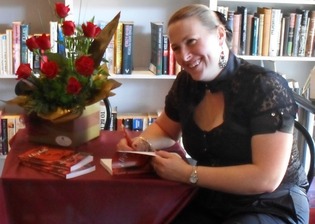 Daisy-Jane Maxwell is an Australian author writing in the paranormal romance genre. She lives in beautiful Tasmania with her family. Daisy-Jane is the author of the Blood-Rose Guardians series; a collection of magical tales about the Guardians and their allies as they strive to protect the world from an encroaching darkness. Daisy-Jane has Bachelor degrees and post-graduate study in both science and humanities and uses this broad knowledge base to fill her novels with curious and sometimes quirky information from ancient to modern times. Her books are written in a conversational style to maximise readability for a wide audience. 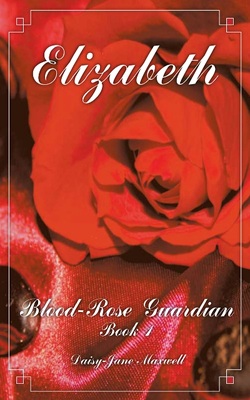 Elizabeth thought that she was an average vampire. She had lived an inconspicuous life for centuries. She had the perfect job and an apartment in Paris - what more could she want? When her first love, her sire, returned to her unexpectedly, she discovered that she was part of something grander, and extremely dangerous. Sometimes it can take drastic changes to find out what you are really made of, and so it was for Elizabeth. She was ultimately forced to accept and become a significant part of a whole new reality - a magical reality: a reality in which she would find a new realm of responsibilities and promises. 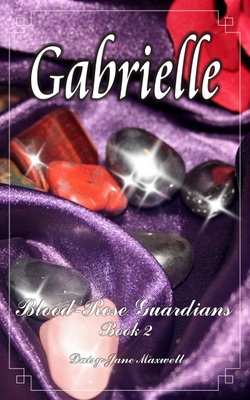 Gabrielle is the daughter of Elizabeth-Rose Smith, Guardian of the Blood-Rose. As she embarks on her first adventure away from home, Gabrielle hopes to discover who she is in the university environment. She travels to Armidale to study at the University of New England with her twin brother Peter. Gabrielle meets a charming boy and falls for him in the first few days of college, but her relationship with him is not all that it seems.

Gabrielle will discover that she is part of something far bigger and more dangerous than anything encountered by her family. With the help of a magical ally, gains a better understanding of her purpose and herself. Her journey is filled with love and adventure, but is also tainted with confusion and deceit. In her first year at university, Gabrielle discovers that she too will wear the mantle of Guardian of the Blood-Rose, and takes on board the duties it entails with a fierceness reminiscent of her Guardian mother. 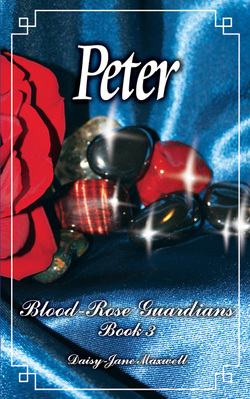 Peter is the twin brother of Gabrielle and son of Elizabeth-Rose Smith, Blood-Rose Guardian. Shortly after leaving home to attend university in Armidale, NSW, he meets a mysterious girl who enchants and captivates him. Peter's infatuation takes him by surprise, as does the whirlwind romance that follows. He is swept off his feet and introduced to a world of magic beyond expectation when this girl accepts him into her life.

Peter, ever the protector, devotes much of his first year of university playing the part of a Guardian without truly understanding his role in destiny. It is only with the help of his lover and ally that he is able to grasp his true and complicated ancestry and timeless purpose. His first year away from home is a journey in self-discovery, friendship and fear. New and old enemies arise to challenge his family and force him in new and unexpected directions. During the year, Peter learns much about life and love, but more importantly, he learns of the deep connections between the two. 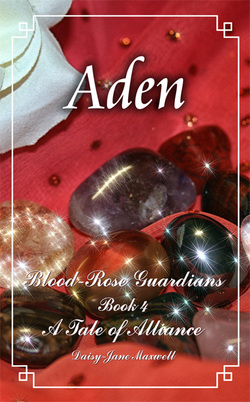 Aden, the ally of Peter and a former phoenix, finds herself drawn to Armidale upon finishing secondary school. Her human life is the last of many lifetimes spent as a great bird; a phoenix reborn from the ashes of her own combustion for two millennia. It is in this final life that she is charged with the mission to create new life and ensure the continuance of her species.

Aden's search for a suitable mate leads her directly to Peter, and after a whirlwind romance, she does indeed succeed in procreating. It is shortly after the birth of her child that her real adventure begins as she enters the community of the Guardians and becomes a warrior in her own right. 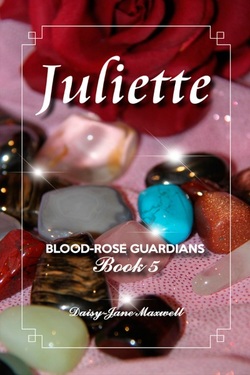 Juliette is the fifth book in the series Blood-Rose Guardians. It follows the experiences and self-exploration of Juliette through the course of one year as she engages with the responsibilities of both her human life and in her role as a Guardian. Juliette lives with her identical twin sister, Charlotte, in Australia's beautiful Queensland. She is an avid horse-rider and newly employed nurse at the local hospital. During the course of her year, she will face demons both physical and psychological and embark on a journey that pushes her beyond her greatest expectations. As a Guardian, she will acquire new skills and strengths as she faces her weaknesses and the challenges that rise with the encroaching Darkness. Juliette is a story about the importance of faith in one's self and about humbly accepting help, even from strangers, when it is needed. It is a tale, as are all the Blood-Rose Guardian books, about good versus evil and the challenges faced by the Guardians as the Darkness continues to gain momentum in its pursuit of world domination.