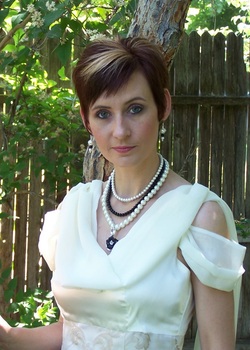 Mrs. Korth resides in Idaho with her four sons, her husband, and five step-children. She has lived in Idaho her entire life and loves the inspiration that comes from the beauty where she lives. Among many other things, she loves to travel...to see new places and meet new people. Her mother says that reading her work is like reading memories of another lifetime. Yes, the medieval times have always been her most favorite of all periods in history...

Noble Courage: Book One of the Aspen Series 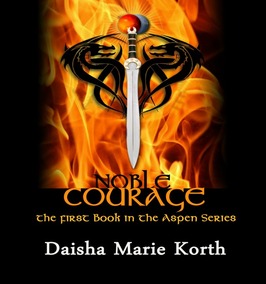 The Darktower name held the power to make one shiver with trepidation as it rolled off the tongue. Thorne Darktower, Earl of Cliffehaven, stood tall and ominous, resentful of his own existence and plotting against his own family’s life-long enemy until he is touched by the heart of an angel and shown the promise of life as she lifts the wool of hatred from his eyes.

Aspen Tiller found herself as an unsuspecting pawn in a strategic game of self-preservation. With her innocence and child-like ideals held close to her, she reaches deep within herself to accomplish the impossible, command the respect of those around her, welcome the love of all who knew her and face the wrath of the devil who covets her…And still, embedded in her character, is a courage so noble that it refuses to allow her to give in to defeat as she trudges through the obstacles in her path to emerge anew…But does it destroy the woman so many love?

The Price of Power: Book Two of the Aspen Series 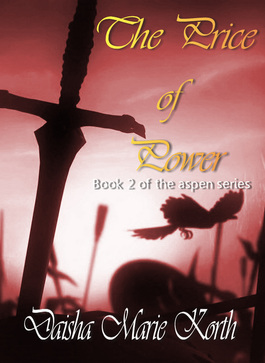 After the battles of Rosehill, Thorne and Aspen Darktower come face to face with finding the balances of peace and justice amidst the adversity that meets them head-on as they explore their new positions as the Grand Duke and Duchess of Elgolan. Being led forward by the imperious Sir Lernmoore, they find their relationship tested by the power granted them by the king and the bonds of their love are stretched by the evil that surrounds them, unable to be found. Together they learn a new nobility through the people they meet and the places they see on their quest to return home. Their story continues from the unforgettable story, Noble Courage!

“There is a price to be paid for the power which we hold.” ~ Hans Broadleaf
Amazon.com

Tears of Penance: Book Three of the Aspen Series 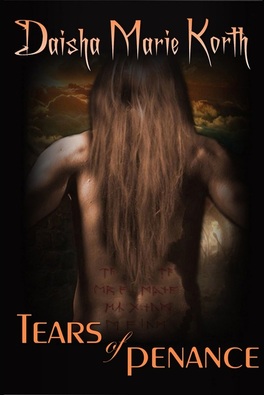 The path of duty and position brings Thorne and Aspen Darktower to the posh and luxurious city of Foxglove Pass where the charming Duke Gallant shows them comfort and friendship. Still, there are many dark corners where …questions of terrible consequence beg to be answered…and the castle’s gardens provoke the innocence of love. It is a place where the happiest in the territory smile in the sunshine and fear the Blood Thieves by night. The warmth of evil is felt upon the necks of the Darktowers… Tears fall like diamonds from the eyes of the penitent and fists fall as swords upon the condemned.

Salvation of the Forgotten: Book Four of the Aspen Series 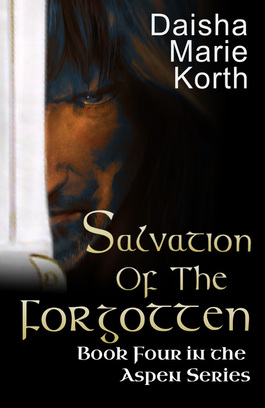 As Baroness of Shadowed Meadow, it is Aspen Darktower’s duty to transform the forgotten village into a prosperous place to live by order of King Rothan. But it seems as though there is some sort of enchantment over the lush green grasses and rushing river, leaving it to remain primitive and backward, resistant to change. The unity of the Darktower people begins to crack, like weathered stone, and a once very tightly knitted group is torn to shreds by poverty, illness, and battles brought on by bloodthirsty men. And in the very center of the storm, Rayven has plans of his own, set out to destroy Thorne and claim Aspen for his master, Dracul, for reasons he cannot understand. It lies within the Twelve to see the greater good and save the people they have sworn to protect. To be among the saved, you must first take the fall to be built up strong again!

“Stop your damn crying for no one cares that you know how to cry! Your tears do not impress anyone! Least of all me! You could be a queen, Aspen Darktower! You simply have no faith in yourself at all and it frustrates the Hell out of me to see you walk around a waste of skin! Be the bloody leader you are meant to be and take back your village!” ~ Sir Lernmoore
Amazon.com 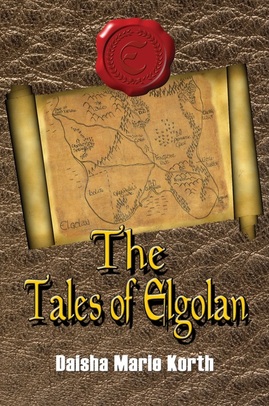 Before there was Thorne and Aspen, there was Vatric and Lyndsay…

Before Aspen discovered the village of Cliffehaven, there was a small settlement camp called Little Harbour where death and poverty overshadowed those who lived there. But there were two who dared to break free of the gloom move on to promised paradise. Together, Vatric and Lyndsay embark on the journey that would shape their lives as they fight to remain just beyond the clutches of the greedy Earl St. Michael.

Before there was Noble Courage, there were the Tales of Elgolan.
Amazon.com

The Adventures of Hyde and Zeek: In the Tick of Time 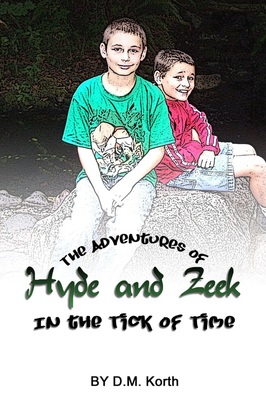 School just got out for the summer and twin brothers, Hyde and Zeek, have big plans for their break before they start the fourth grade. They think that building a fort is the way to start having great adventures but they find a huge surprise waiting for them…and solving their first mystery begins! Open up the cover and meet Hyde and Zeek, be a part of the adventure as the Gas Can Brothers leap into action, and laugh at all the hilarious things they do together!
Amazon.com