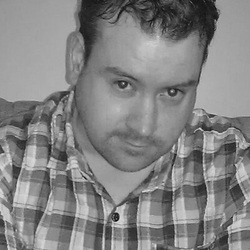 D K Thomas was born in Morriston, South Wales in 1979 and grew up in a village called Llandybie in Carmarthernsire. He moved to Birmingham for University in 1998, where he studied law at the University of Central England. A self-published author, his novels are THE ELLROY DEFLECTION, BARREN ENDEAVOUR & DISPOSITION. 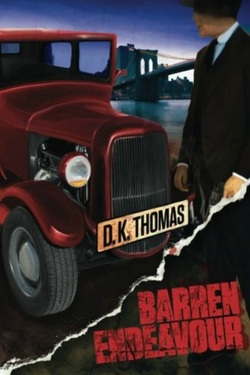 "When you can't run away from your secrets, sometimes the only other choice is to run after them."

In the midst of the Great Depression, a man travels east whilst the desperate many travel west in search of the elusive employment that the Promised Land could bring. It is 1934 and Jack Gray, family man and farmer from Nebraska, has embarked upon a compelling trek across the states with New York City being his destination.

A drifter looking for work on Jack's farm has mistakenly identified Jack as a gangster from the Big Apple that had mysteriously disappeared years earlier, leaving furious enemies baying for blood. However, the transient flees before being convinced that his perception was the wrong one. In the wake of the encounter, Jack's father is forced to reveal the startling family secret that means Jack has to depart in an attempt to intercept the stranger intent on leading a pack of vengeance-craving mobsters back to Jack's home.

Reluctantly leaving his family during the most desperate of times, Jack must rely on his own resilience and the kindness of strangers along his journey, where the horizon is often as remote as his chances of catching the desperate drifter hungry for redemption salvaged from a life in exile. 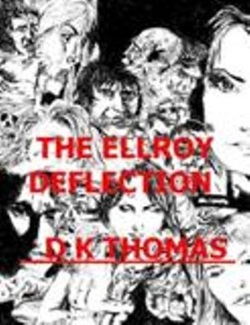 Detective Bates is undercover, tasked with infiltrating a criminal syndicate with a view to reaching the infamously anonymous mastermind that heads it. Knowledge of his assignment is limited to his Chief Inspector and another Detective, Palahniuk, a divorced and disgruntled veteran, who is finding his workload demanding enough with a serial killer to catch and leads being thin on the ground.

When their cover story comes back to bite them, they are forced to bring in an ambitious detective to act as Bates’ wife. The following months result in tragedy and Bates’ despairing freefall as manipulation and murder draws Bates and Palahniuk deeper into an investigation that Palahniuk had hoped to distance himself from.

A series of unexpected and mysterious events present them with moral dilemmas and stomach-wrenching challenges as their probing uncovers a system of corruption that flows through the many strata of society.
A variety of characters fuel a labyrinth plot of tragedy, murder, mystery and suspense, which blurs the distinction between those who are on the wrong side of the law and those who are teetering on the brink. 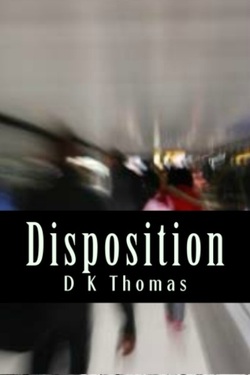 A group of friends and their partners reuniting at a house-warming party during a time that proves to be the epicentre of a tumultuous period in their lives. They wouldn't want each other to know about their navigational struggles through the complexities of life, but unavoidable conflicts are imminent.

Things will never be the same again for all involved. Secrets and lies simmer before friendships and marriages collide amongst lustful betrayal and tragic discovery.

David hasn't told his friends that his wife has left him, while Greg is very open about the fact that he's separated from his and he's happily moved on with a younger woman. Marcus has an open marriage and is using it to his advantage as he attempts to blackmail his way to a promotion at work. Calvin's life seems perfectly content, but could this be too good to be true? Then there's Joel, a police detective investigating a murder, which has ties to more than one of their group, uncovering the hidden depraved behaviour of those that he thought he knew better.

Past indiscretions resurface and a murder investigation ensues, revealing that the age-old cliché, that it's a small world, is often startlingly accurate. Set in Birmingham, England, DISPOSITION is the third novel from D K Thomas.