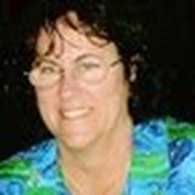 My favorite question during book interviews is: How did you get started?  The short answer is that my mother died.  Some people dream of being authors; my writing began as what could be described as a nightmare!  HOWEVER- as she died, mom’s experiences ran the gamut from going through all the grieving steps a terminal soul follows to having what would be called a Christian Near Death Experience (NDE).  When most of her messages from God panned out, people in my area buzzed with the story of my parent’s death.  My witness became my first book entitled Mom’s on the Roof and I can’t Get Her Down.  After that, I completed seven Christian based, inspirational nonfictions.

Changes were coming!  Due to a genealogy study, after meeting with some cousins at a local grave yard, I wrote my first novel.  Talk about relatives coming out of the woodwork when they think you are famous.  I am jesting- of course!  My relatives handed me some incredible family secrets asking me to compile a book.  I agreed but only if it could be a fiction with tons of poetic license.  To date, I’ve released four novels.

Then, the really fun writing started.  Last year, while working for free at my daughter and her husband’s Christmas tree lot, I blogged my experiences.  My encounters that holiday led to my first children’s book ‘Frasier the Fir is Forever Green.’  There are, now, five unique, picture books to choose from. FYI: one of the titles feed homeless and impoverished children through its royalties. 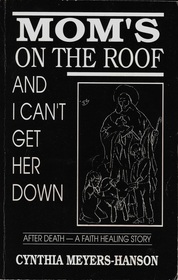 Do you believe in afterlife? Mom says she met with God and Jesus during her Near Death Experience (NDE).  In spite of the trauma of her cancer, this book is filled with miracles!  My mother’s tale includes the things happening before, during, and after her trip to Heaven and back (then back to Paradise). Her story not only covers her Christian NDE but it’s filled with prophecy that fulfilled before and after this book’s copyright date! So, was her encounter with Heaven, you be the judge!

My ArmOr (My Life) 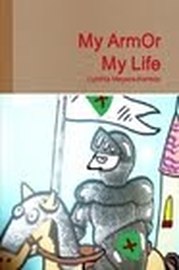 Want to journey with me on the trip of a LIFETIME?  Call an exorcist- FIRST?  WHY? While wandering through a local park, I encounter an unfriendly spirit and naively command it to leave the children alone.  Does that evilness come back to haunt me?  See what happens nearly twenty years later at that very same spot!  God told me to write my story but I meandered around instead; after my day at the park; I knew what HE wanted me to communicate! This book is the sequel to ‘Mom’s on the Roof and I Can’t Get Her Down.’ 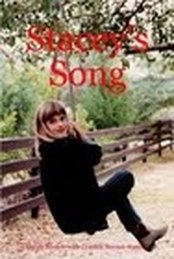 Stacey was legally adopted by her grandparents about ten years before one died of cancer and the other followed with suicide.  Forced to live with her aunt, uncle, and their two daughters, she explain how her life went from the dungeon of grief and despair to adulthood.  Witness the miracles and inspiration as well as parenting style of her aunt as Stacey moves from accommodated to assimilated.  She wanted to share what it was like to move into her new family at age 10 because she thinks it might help other children experiencing traumas from death to divorce.

Through the Storms HE Performs 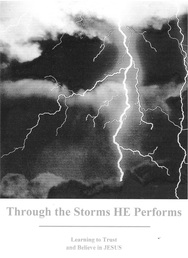 With co-writer Wavie Green, we reproduced her afterlife saga because Wavie lived through a vivid Christian Near Death Experience. While in a car accident induced coma and pregnant, she encounters God, Hell and Heaven.  After awakening fourteen days later, she receives a prognosis that includes a wheelchair for life. While in the twilight zone, she says God communicated with her; she claims to still be learning from Him.  Find out what really happened in this inspiring and miracle filled woman’s life. 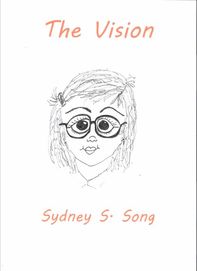 Using a Pen Name, Sydney S. Song, I produce novels including this one.  What is The Vision all about?  Once upon a time, Helen was born legally blind and unable to find a bench- let alone navigate life.  HOWEVER, she’d tell you, “I’m no Helen Keller!  At just about the same age that that girl lost her vision and hearing- my eyes started enjoying sight."  BUT-it’s NOT like the movies depict!  You don’t just wake up form ‘landmark eye surgery’ and see clearly.  It takes healing, eye exercises to help two eyes work in unison, glasses, and great tenacity to survive- especially in the 1950-60s school system that was NOT equipped to handle ‘special needs’ children. Compounding the girl's personal struggles, her dad suffers bipolar disorder wreaking havoc on her family life? Will she break the dysfunctional chains?  If you liked ‘The Shack’ don’t pass up your chance to read ‘The Vision,’ which is based on a true girl’s struggles.’ 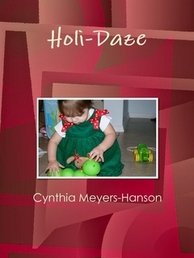 This is a trilogy of three children’s picture books; it is the only hardcover book I currently produce via POD lulu.com.

‘Frasier the Fir is Forever Green’ asks the questions: WHY does the perfect Christmas tree have trouble finding a home?  Longing to be decorated, does Frasier ever get his dream come true?

In ‘Just ME,’ the main character is the ‘middlest’ of middle children.  She dreams of being someone else discovering in the end a good person to be is Just ME.  The character teaches self-acceptance and self-worth in this inspirational book.

‘An Easter Tale,’ asks the question:  WHO wants to be the Easter bunny?  In this children’s book, many enter the contest but who wins will surprise you!