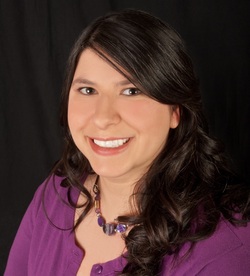 Growing up in small town Alabama, Crista relied on story-telling as a natural way for her to pass the time and keep her two younger sisters entertained. Of course, that also means she’s inclined to suffer some of the same maladies that plague many southern writers like overuse of simile and metaphor, exaggeration, melodramatic writing style, and the ever-popular long-winded sentence.

She currently lives in the Audi-filled suburbs of Seattle with her husband and 2 kids, maintaining her alter ego of mild-mannered physician by day while she continues to pursue writing on nights and weekends.

Just for laughs, here are some of the jobs she’s had in the past to pay the bills: barista, bartender, sommelier, stagehand, actress, morgue attendant, and autopsy assistant.

And she’s also a recovering LARPer. (She blames it on her crazy college days)

For the latest updates and answers to any burning questions you have, please check out her webpage.

The Tears of Elios 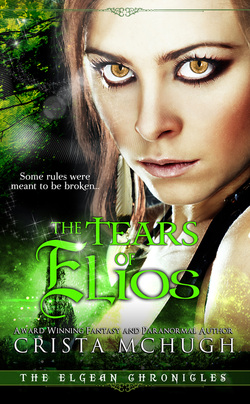 Rule #2: If a human finds out about you, silence them.

Some rules were meant to be broken…

Ranealya ruthlessly plays by the rules and has outlived most of her race because of it. If she wants to survive, she’ll have to stick to them, especially with a genocidal tyrant hell-bent on destroying all the non-humans in the realm. But everything falls apart when a human saves her life.

Gregor knows he’s inviting trouble when he helps a wounded shape-shifter, but he can’t pass up the opportunity to study one before they become extinct. She disturbs the quiet order of his scholarly existence, vexes him in more ways than he can count, and encourages him to break enough of the kingdom’s laws so that not even being the king’s cousin will save his head. The problem is, he’s already lost his heart.

A Soul For Trouble 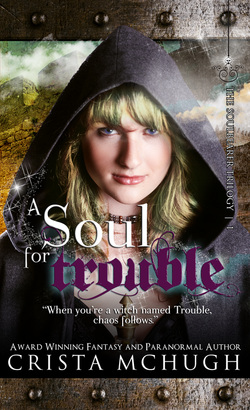 Book 1 of the Soulbearer Trilogy

Arden Lesstymine (known to everyone as Trouble) likes attention as much as the next girl, but this is getting ridiculous. When an insane stranger is murdered at the inn where she works, Trouble becomes the next Soulbearer for the disembodied god of chaos, Loku. Yes, it comes with the ability to channel the god’s limitless power, but at the cost of her sanity — literally. Now she has a sexy but cynical knight claiming to be her protector, a prince trying to seduce her to his cause (and his bed), and a snarky chaos god who offers a play-by-play commentary on it all, whether she wants to hear it or not. To make matters worse, a necromancer wants to capture the soul of Loku for his own dark purposes, and the only way he can get it is by killing her first. 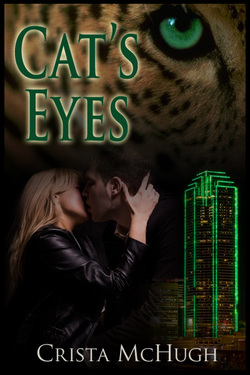 Andy Rodriguez has always desired his partner, Emily Hawkins, but the memory of his former lover’s murder five years ago still haunts him. Em doesn’t know he’s a shape-shifter, and he has no plans to drag her into his world where a war between true shifters and werewolves constantly wages.

All that changes one night when a werewolf attacks Em.