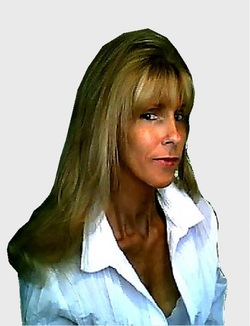 I write screenplays and YA action-mystery novels. The daughter of a military veteran, I grew up in a small town where I was an All-American athlete. I knew early on that I wasn't cut out for the nine to five type of job - my tendency to day dream about adventures often got in the way. But, being the daughter of a Navy Veteran I had to do what was necessary to be secure, so I disciplined myself to push those dreams aside and settled on working in the entertainment legal field. When those dreams invaded my world, once again, I finally gave in and set out to write my own adventures. What the heck, right. If you can't live 'em, you might as well write about them.

The journey started after I interviewed big city detectives about their lives on the job which resulted in my first YA series: McSwain & Beck, a series of fiction novels based on real-life events.

When I'm not writing, I renovate houses, spend time outdoors, catch up on my favorite books and TV shows, and most importantly, spend time at the campfires with family and friends. 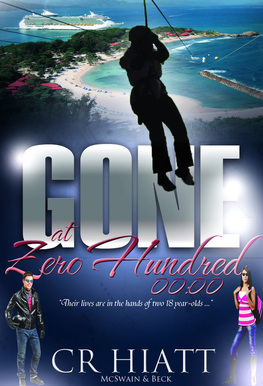 Sydney Marie McSwain - a tomboy who yearned for a father.

Jaden White - the star who led the high school hockey team to two championships, and was now on the A-list for NHL scouts.


Sydney Marie McSwain loves her mom, Anna - a private investigator in the coastal city where they live - but they had a major issue between them. Anna refused to give Sydney the identity of her father. On the day of her high school graduation, they were battling it out, once again. An hour later, Sydney, Cody and Jaden were at the local café, and watched as Anna was gunned down.

Faced with immediate responsibility, Sydney and Cody agreed to take over the agency, only they changed the name to McSwain & Beck. At the same time, Sydney convinced Sutter Beach Detective, Ace Carter, to help her track down her father.

Then out of the blue, a model walked in and hired them to follow her step-brother. While Cody was busy editing a trailer to solicit new clients, Sydney settled into her lemon-yellow pickup to do surveillance, and wound up staking out a secret club called The Devil’s Door whose suspicious members wore the tattoo of a devil.

That same night, Sydney received a call from one of her mom’s former clients, but the client was gunned down at the location where they agreed to meet. The mysterious discovery of a DVD revealed the possibility that teenagers were being abducted, only nobody reported them missing.

On the hunt for the victims, McSwain & Beck were chased by men in ski masks, nearly gunned down by a group of outlaws, Sydney’s precious pickup was broken into; then the step-brother they were hired to follow, was found dead and Sydney was the number one suspect.

If things weren’t bad enough already, they had to figure out how to crash a red-carpet Mardi Gras bash being held on a private cruise ship, before it sailed off into the sunset.

Now, the clock was ticking…

And time was running out…

How was she ever going to find her father, now?

Fireworks on the 4th 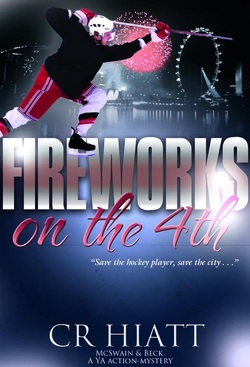 JADEN WHITE, an eighteen-year-old star that led the high school hockey team to the championship, was detained at the Mexican border, accused of smuggling drugs by hiding them inside retail items he was hired to transport to the United States. Jaden professed to be innocent, saying he didn’t know about the drugs, and his best friends, SYDNEY MARIE MCSWAIN and CODY BECK, believed he was set up.

They set out to find Rojas, the guy who hired Jaden to transport retail items, and persuade him to tell the truth. Not an easy thing to do, since Rojas wasn't his real name. The DEA, who was supposed to be investigating the case, assumed Jaden to be guilty. To them the case wasn't a priority. To Jaden White, time was critical. While he was sitting in a Mexican prison; Cartel gang members also in the jail, were plotting ways to have him killed.

McSwain and Beck found Rojas and agreed to turn him over to the DEA Agent in charge of the case. Soon after, McSwain and Beck found themselves on the hit list of a local gang of terrorists. What they uncovered during their search for Rojas, convinced them that Rojas wasn't just an ordinary drug smuggler trying to make a profit. He was part of a group responsible for financing the recruitment and training of disillusioned teens, with the intention of wreaking havoc in the United States on the 4th of July.

Now it was up to McSwain and Beck to find the target and stop the attack, before hundreds of innocent Americans were killed, and Jaden back to the hockey rink.

“Save the hockey player, save the world…”