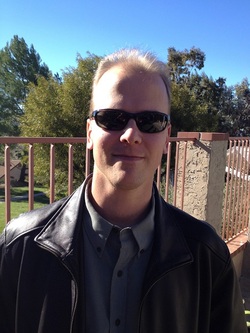 Cordell Falk is one of those rare creatures known as a "Native San Diegan". He holds two degrees from San Diego State University in non-writing related subjects and now holds a day job in the telecom industry where he takes full responsibility for your terrible cell phone reception. With regard to writing western fiction, what he lacks in age and cowboy chops he has strived to counter with intensive research and a healthy imagination. He was also once the world record holder on the NES console game 'Wild Gunman', and that's got to count for something. He currently lives in San Diego’s East County with his beautiful wife and two amazing children. When not being a husband, a father, or employee #342352, he is steadily inching forward on various projects such as science-fiction, zombie-fic, fantasy, satire, and the sequel to his first western title. You can pay a visit to Cordell at valleyofthedamned.com and check out the latest news on the series, read excerpts, sign up to receive updates or just say howdy!

Valley of the Damned 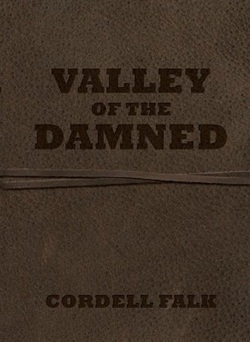 Matthew Carter comes to the violent boomtown of Darwin just one job away from leaving his troubled past behind. When his mentor is murdered, he must choose between running into the desert and staying on to find the stash of gold that could mean his redemption. Caught in a firestorm between the competing wills of a legendary lawman, a corrupt rail baron, and a vengeful Colonel, Matthew rides hard with the fear that his last job may turn out to be just that.

This is the first episode of a western saga presented in serial format. Matthew's flight from danger introduces some of the players in this suspense filled version of the Old West and sets the train moving through what will become a six volume story-arc of grand conspiracy and twisted allegiance.