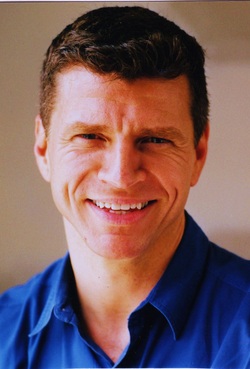 I am Clark T. Carlton, the son of a barefoot Florida cowboy and a beauty queen from the Land of Cotton who ventured North to raise their children in the long shadow of New York City. When I was a teenager, my family moved from a blue collar, melting pot to a segregated and conservative enclave of Southern California, an event which forever altered my world view.

I studied English and Film at Boston University and UCLA and have worked as a screen and television writer, a journalist, and as a producer of reality television in addition to a thousand and one other professions. I have always had more blue than white in my collar.

Prophets of the Ghost Ants is my first original novel, a tale inspired during a trip to the Yucatan when I witnessed a battle for a Spanish peanut by two different tribes of ants. That night I dreamed of armies of tiny men on the backs of red and black ants. After doing years of research on insects and human social systems, the plot was revealed to me like a streaming, technicolor prophecy on the sixth night of Burning Man when the effigy goes up in flames.

The premise for my novel is not a scientific one, but there is science in it, so if I have to be put in a camp, then I stake my tent in science-fantasy. The fantasies I like are all allegories like Perfume, The Never Ending Story, Wicked, Jonathan Strange and Mr. Norell, Harry Potter and The Golden Compass. The power of these narratives comes from depicting our usual human situations in the guise of something else. Asking if the people in my world could really get that small is like asking if the pigs, chickens and horses of Animal Farm could talk or if there is really such a place as Hogwarts.

Some of my favorite books are the classics of science fiction, all of which have an element of fantasy if they involve time travel or traveling faster than the speed of light (or through a worm hole) to another solar system. As a child I had hopes of enlisting in Star Fleet Academy, but any physicist worth his neutrons will tell us that kind of space travel will never be possible.

Up until this novel, my play Self Help or the Tower of Psychobabble, had been my favorite writing experience because wherever it was performed, they never changed a word of it. Such are the rules of theater. I would not alter this novel for some interested publishers who wondered if it would appeal to certain audiences with its frank depictions of insect and human behavior. I am told I wrote something very new and I believe that to be true. I wrote the novel I would love to read. I hope you, too, will love it.

I am currently at work on the sequel to Ghost Ants as well as the screenplay adaptation. I live with my family in Los Angeles where I enjoy tennis, volleyball, song writing and painting. A friend of mine calls my paintings "Grandma Moses on acid" which I take as the highest compliment. You can see a few of them here if you type in my name: http://www.artwanted.com

I appreciate your interest in me and my book.

Prophets of the Ghost Ants 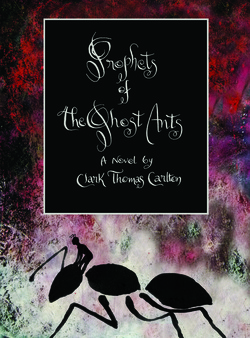 Prophets of the Ghost Ants is in development as a motion picture trilogy with Lawrence Bender Productions. It is a genre defying novel: an allegory, a literary fantasy, a romantic and thought provoking action-adventure steeped in the biology of humans and insects. Set in a bizarre new world, it encapsulates the history of humankind while examining the present.

The setting is Earth of the far-flung future, when all traces of our civilization have long vanished. The catastrophes of distant ages -- natural and man-made -- have passed into legend and mysticism. And yet ... the world is no utopia. Technology is unknown. The animal kingdom as we know it is extinct. Birds, reptiles, mammals -- all lost to endless, unforgiving cycles of planetary death and rebirth.

Humankind has clung stubbornly to existence -- thanks to a perverse turn of Evolution. For as the weary planet became inexorably depleted, our species adapted by growing smaller with every passing eon, until at last we stood in parity with the only other “higher” species to survive -- insects. And just as our current society has domesticated animals to sustain ourselves, the human societies of this future have yoked insects to their service. Food, weapons, clothing, art -- even the most sacred religious beliefs -- are derived from Humankind’s profound intertwining with the once-lowly insect world.

In this savage landscape, men cannot hope to dominate. Ceaselessly and viciously, humans are stalked by Night Wasps, Lair Spiders, and Grass Roaches. And men are still men. Corrupt elites ruthlessly enforce a rigid caste system over a debased and ignorant populace. Duplicitous clergymen and power-mongering Royalty wage pointless wars for their own glory. Fantasies of a better life, a better world, serve only to torment those who dare to dream.

One so cursed is a half-breed slave named Anand, a dung-collector of the midden caste who, against all possibility, rises above hopelessness to lead his people against a genocidal army of men who fight atop fearsome, translucent Ghost Ants. And to his horror, Anand finds that this merciless enemy is led by someone from his own family ... a religious zealot bent on the conversion of all non-believers ... or their extermination.