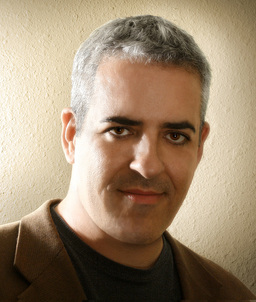 Dr. Christopher Shields lives in Northwest Arkansas with his family and three dogs. Following what he considers to be his calling, he is a professor in the department of Sociology and Criminal Justice at the University of Arkansas in Fayetteville, where he lectures in the subjects of criminal law, serial crime and terrorism. Prior to accepting the position of professor in 2007, Dr. Shields practiced law, specializing in family law and criminal defense. While obtaining his law degree and subsequent Arkansas Bar license, he studied abroad, focusing on the legal systems of Italy, France, Belgium and the United Kingdom. He also holds a Master’s degree in Sociology, from which he draws considerable inspiration from his insight into interpersonal relationships. In addition to his work in Young Adult Fantasy Fiction, he has published two book chapters focused on terrorism trials in the United States, and a nonfiction book, American Terrorism Trials: Prosecutorial and Defense Strategies (LFB Scholarly Publishing), about the impact of 9/11 on federal terrorism trials. He loves working with students during the day, and writing fantasy fiction at night. Christopher also enjoys spending time with his circle of close friends, playing his sax, and indulging his life-long passion for the Arkansas Razorbacks. For his fiction work, he publishes under the name Christopher Shields. 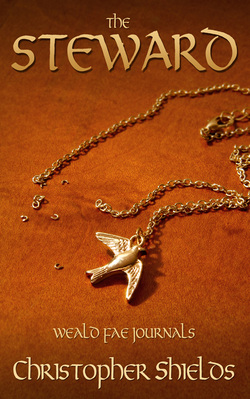 Maggie O’Shea expected the worst when her family relocated from the lively beaches of Boca Raton to the secluded forests of the Ozark Mountains. What she didn’t expect was a new beginning – one full of Fae, magical powers, dangerous physical and mental trials, and two surprisingly gorgeous young men. These aren’t the fairies you’re familiar with, but dangerous superpowers embroiled in an enduring struggle among themselves over the fate of all humanity. Some want to protect us, and others would love nothing more than to see us, and especially fifteen-year-old Maggie, dead and buried. Now, torn between her new duties as Steward of the most sacred Fae land and her burgeoning love for Gavin, a powerful Fae, Maggie must fight to protect her family, her friends, herself, and the fate of the entire world.

Join Maggie as she learns that fairy lore is not as far from the truth as she had believed, but neither is it anything like the tales in books or movies. As she navigates the treacherous schemes of the magical Fae, Maggie must become a quick study if she hopes to protect the lives of many, and possibly all, people from the insidious plot the Unseelie Fae have planned for centuries. 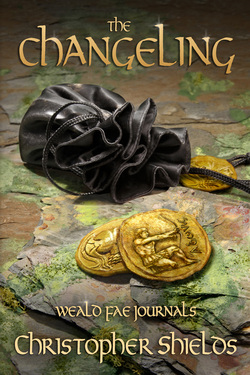 “There’s Darkness in the Wilds”

The Changeling, Book 2 of the Weald Fae Journals, an Epic Fantasy Saga:

It's been only one year since sixteen-year-old Maggie O'Shea moved to the Ozark Mountains and was declared guardian of the Weald, the most sacred realm of the Fae, mythical creatures with sinister powers, who often take the form of humans. Her life has been in extreme peril before, but never more so than now. Her younger brother, Mitch, has been kidnapped by a rogue band of Fae and the demand is simple: leave the Weald and her new life behind or else her brother dies. Now Maggie's on a breakneck race to save her brother, her family and friends, and perhaps all of humankind from a threat more insidious than anyone can imagine.