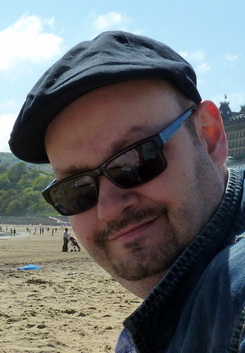 Christopher Combe is a 41-year-old writer and frustrated rock star who surveys quantities to pay the bills. He lives just north of the ancient city of York, is married, and has two bloody smashing children. He has been fortunate enough to travel to various places around the world through his work, including the USA, the Middle East, the Far East and much of Europe. He has had an interest in writing since he was a child, and still harbours an ambition to be a bona-fide published author. His first full-length (self-published) book, "One Year In Wonderland", draws on his experience as an expat in Dubai in the UAE.

One Year In Wonderland: A True Tale of Expat Life in Dubai 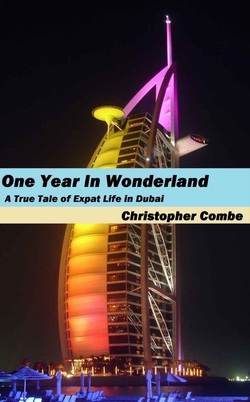 When Christopher Combe was offered what seemed to be a dream job in Dubai in the summer of 2006, he jumped at the chance. He didn't know much about the place, but the offer of a tax-free salary and year-round sunshine in a lucrative location was very tempting, so he persuaded his wife and two young children to join him on an adventure in one of the newest and most talked-about locations in the world.

Based on the popular blog "Beer And Bloating in Dubai", this is the story of one British family’s year in Dubai which offers an honest and forthright outlook on their experiences. The story takes place between August 2006 and July 2007, almost slap-bang in the middle of the region’s economic peak, and starts with the author’s arrival from North Yorkshire to take a job in the booming construction industry. He spends the first month without his family, finding his bearings in a new country and trying to get things in place for their arrival.

When his wife and children do arrive, they join the author in finding out what Dubai is really like to live in, as they are subjected to the myriad processes and stifling red tape that all immigrants to the UAE encounter. The author starts well in his job and is soon travelling around the region with his work, getting a chance to compare Dubai to other places like Doha in Qatar. In lighter moments there are encounters with an X-rated Santa Claus and an impromptu swim in the creek for a visiting relative, along with other sights that leave the author scratching his head.

The initial awe of the fast-growing region soon fades, however, and the enjoyment of the luxurious expat lifestyle is gradually replaced by a realisation that there are aspects of Dubai that aren’t widely advertised, including the harsh weather conditions, the hidden costs of living and the stark cultural clashes and class divisions in the region. The family realise that the expat dream may be built on unrealistic, naive expectations and misleading hype.

As the demands of living and working in Dubai take their toll on the author’s health, he begins to question his reasons for going there in the first place. He tries to understand what made Dubai what it is today, and wonders what lies in store for both Dubai and for his young family.