I wrote my first story with characters similar to those in the Sweet Valley Twins books at the age of 10 on my grandmother's manual typewriter. As I got older my stories and characters became more mature. During my freshman year at UMass Dartmouth, I read my first romance novel and fell in love with the genre. I have been writing contemporary romance ever since.

Today I live with my husband, three beautiful daughters and two dogs in Massachusetts. Whenever I have a free moment you'll find me either reading a romance novel or working on my most current story.

The Billionaire Playboy, Book 2 in The Sherbrookes of Newport Series 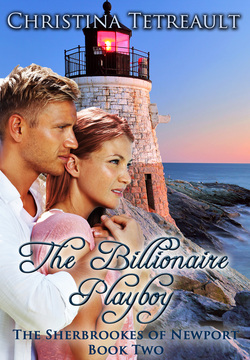 Captain Charlotte “Charlie” O'Brien, a doctor in the United States Navy, returns to her home in North Salem, Massachusetts to visit her family and make an important decision about her future. Mother Nature has other plans when a hurricane strikes, flooding the town and throwing Jake Sherbrooke in Charlie's path. Initially she believes Jake is nothing more than a rich playboy, but quickly, she learns that he is so much more.

The media calls him Prince Charming.

Jake Sherbrooke has never been one to follow the path laid out by his parents. That is why he started the Falmouth Foundation, a non-profit disaster relief organization rather than enter politics. When he learns of the destruction in North Salem, he immediately travels there to offer aid and meets Charlie O'Brien. Charlie is unlike any woman he has ever meet and he can not help but be drawn to her.

Soon neither can ignore the incredible chemistry between them. But will his reputation as a billionaire playboy damage their budding romance? 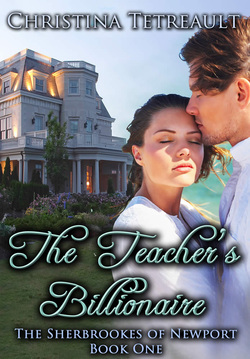 Callie Taylor's life is turned upside down when she learns the truth about her birth following the death of her mother. Not only is her father alive, but he's none other than presidential candidate Senator Warren Sherbrooke.

Billionaire and confirmed bachelor, Dylan Talbot, is devoted to his family. When his stepfather Warren Sherbrooke receives a letter from a past love telling him they have a daughter together, Dylan is instantly suspicious. In order to keep the media vultures away and protect Warren's political aspirations, Dylan convinces Warren to let him handle the situation.

As Callie and Dylan spend time together, they can't resist the feelings that blossom between them. However, when Callie learns the real reason he has been spending time with her their fledgling romance is put in jeopardy and only complete honesty can save it.