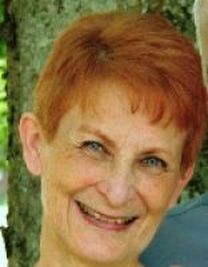 Of all the descriptive ways we can define a life, the two that most mark mine are an eclectic nature and an infernal curiosity that would not rest. So from scientist to shepherdess; teacher to stockbroker; corporate consultant to minister and much in between, my life could be viewed as either the daring antics of the adventuresome or the muddled output of the shiftless. In either case, I’ve had crazy good time. Writing was always part of it and now, with a collection of tales and trials enough for three lifetimes, writing is a natural project for my latter years. I can guarantee you a thought-provoking read and characters, both human and animal, that you’ll be glad to have met. 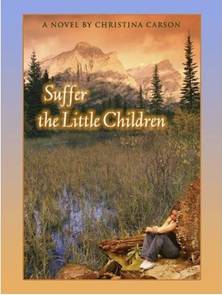 An age-old story plays out again, this time in a wilderness community in western Canada. A family falls apart; a child runs away; a parent can’t explain why. Rather than continuing to focus on the tragedy, the mother, Anne Mueller, determines to stop living in denial and begins questioning conventional explanations as she digs toward the truth. Her resolve directs her to the resources around her: a Centuries-old harmony her Cree Native friends model; the natural peace and balance the Boreal forest exhibits; and the caring concern her community once knew. The wilderness, however, provides the ultimate incentive. It pits Anne against her greatest fear, exacting her commitment to uncover the truth of what drove her child away and do whatever it takes to bring her home.

Thought provoking and brimming with the wildness of this place, this is an adventure story on many levels.

Truth: Yours, Mine, Ours 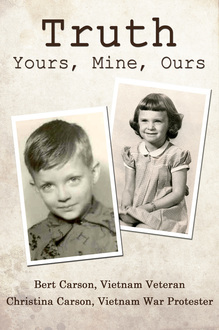 On November 10, 1998, Bert and Christina Carson delivered the keynote address at the twenty-first annual Veterans Day Program, presented by Geraldine High School, in Geraldine, Alabama. It’s the longest running Veterans Day program in the area so it gets a lot of attention. But that year the attention was even more so, as Bert is a Vietnam veteran and his wife was a Vietnam War protestor. Anchors on the TV stations that picked up the story were astounded; they commented it should be a movie.

Bert and I had talked several times about writing a book about the remarkable love story we created late in our lives. But the TV anchors saw even more than that. They were amazed that we were together at all, in light of the choices we made in the 60’s. In 1968, the most explosive year in American history, Bert finished a tour of duty in Vietnam, and I crossed the border into Canada, in protest, my decision costing me my family, home, career and country. Bert was twenty-five, and I was twenty-two.

The TV news anchors hadn’t lived through the 60’s. They didn’t understand that that was an era of the largest group of players the US has ever known, ones who believed they could and would make a difference. Their passion was a gift to a country they loved. In the words of Vietnam veteran and poet, Steve Mason:

Nobody ever wanted to belong
like we did.
To belong to a thing so beautiful.
So right. So alive.
One sweet breath after another.
Being an American
was a lot like breathing.
How could you not…?

However, the 60’s marked a great number of us, such that when Bert and I met by chance in Vancouver, British Columbia, twenty-five years after the war, we "recognized" each other, even though we’d never met before. We started to talk that first night and continued through journals for the next three and a half years. There was so much to unravel, so much to understand. Then we met again, and we knew we were meant to be together. But the questions about war and peace still kept coming, and we weren’t content to let them go unanswered.

Just like in 60s, we could never have imagined where the choices we made then would take us, even more surprising was where we’d have to go in our fifties and sixties to find finally the peace that answer would bring. What we had lost was much more than a dream. It ran deeper than we ever imagined; and we did not cease seeking it until we knew that it was found.

…One, last commitment
worthy of a lifetime -
to fight for peace
in each of our hearts
against the fierce enemies
of our darkest natures…
Then shall we pass in review
and each will hear
mankind whisper to the gods,
"There then goes one of ours."-Steve Mason

In the richest and most technologically advanced culture in modern history, breast cancer, as a major cause of illness and suffering, casts an increasingly long shadow across our land. Yet like month-old news, tired reports from inveterate treatment are all that medical science offers.

That leaves Callie Morrow to her own devices, when having nursed her cancer-ridden mother two years prior, she’s been left with the indelible memory of a treatment as heinous as the disease. Thus, when this thirty-six year old is herself diagnosed with breast cancer, she stuns her life-long friends by rejecting the traditional approach, voicing instead the unthinkable: there’s got to be another way.

Standing at the threshold of the unknown with the clock ticking, Callie seeks what she’s not even certain exists. She senses in three of her friends - Joe Kuptana, an Inuit artist; Mary Chang, a Taoist restaurant owner; and Josie Walker, a disenchanted internist - scientific and cultural wisdom that may heal her. Their arcane views of human nature suggest the existence of another way- real, hopeful, and humane, provided this normally timorous, prudent, yet desperate woman can summon the courage and endurance that life demands of those who dare to counter the norm with only a hunch and a heartfelt desire.