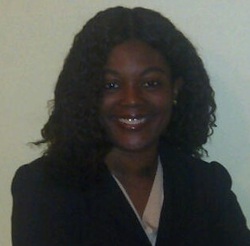 Chelle Ramsey writes fiction stories that delve into the inner soul of the woman: her deepest secrets; her wildest dreams; and her darkest fears. She takes a look at life from two sides: urban and suburban, and the challenges each pose in pursuing the reality of individualism in a controlled society. Always seeking refuge in her writing and having completed many novels, Reflections of Promises has been a journey of soul-searching and taking the step to ownership of individuality. By day Chelle Ramsey is a writing consultant and HR Admin and by evening she is a mother, wife, chauffeur, cook, full-time student, maid, therapist, comedienne and so much more. And when all of this becomes overwhelming she escapes it all by writing fiction stories. Ramsey lives in Atlanta, GA with her husband and three children and enjoys watching NBA and hosting book club meetings. This is her first published novel. 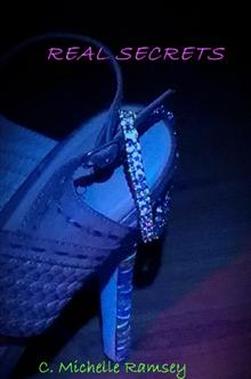 Set in Atlanta, GA Real Secrets is the story of Tamara Roman, a professional dancer in the exotic night club “Secrets.” Tamara has built her life around alcohol and promiscuity to escape the realities of her choices. As a single mother and long-time girlfriend to her son’s father, Darren, her loyalties to dancing and family life are tearing her apart. When an explosive encounter between her and Darren turns violent she must decide if she will continue in an abusive relationship or escape further into the world of stripping.

Real Secrets exposes old prejudices and secrets of the past, which threaten to overwhelm a family who have been pillars of the community and tear down relationships built on lies and lust. Addressing the stigma and pain of domestic violence, the lure of a promiscuous world, and the beauty and hurt stemming from interracial relationships, Real Secrets is a tale of love, survival, and the success of rising above one’s limitations and overcoming the horrors of abuse. And while the characters are tortured by the skeletons in their closet, this book demonstrates how freeing it can be to deal with those hidden secrets. It shows how successful you can be if you pursue your goals and dreams regardless of what path you take in life. 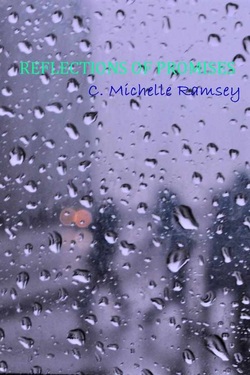 "Sometimes we make choices to avoid drama in life. But what happens when the road we take becomes the road that brings us face to face with it? Patricia Allen-Coles is a career woman, hell-bent and determined not to struggle and live a life of poverty and desperation. A UC graduate armed with her Masters she has claimed a new life and identity for herself. Running from her past, she has just begun to realize all of her dreams. But will the past catch up to her?

The handwritten note mysteriously appearing in her mailbox sends alarms throughout her and triggers a series of events she is not prepared for. She had worked carefully to conceal her past, yet somehow the rules changed and the barriers have been broken. Patricia must determine if she is ready to reveal the truth. As she balances the scales of right and wrong, she must finally face the destruction she has caused.

Reflections of Promises is a tale of deception and betrayal that will take you on a fast-moving emotional journey that invokes passions deep within from page 1. When foundations are built on untruths, and cover-up, can everything that appears to be solid still stand?"

Is the Grass Really Greener? 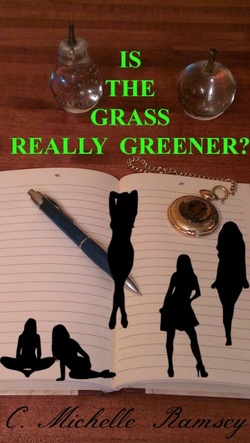 Five women, five lives, five secrets. Each woman is battling her own personal demons, and hiding a secret from her friends and family.

Each of them envying one another's life, wishing her life was different, wishing she had what the other woman had. But what happens when what appears to be real, is all a façade? Battling breast cancer, single parenthood, infidelity, the loss of a child, and managing the single life, can become overwhelming for these ladies.

Not satisfied with their lives, looking for something better, they contemplate alternative choices to improve their lives; crossing over to the other side of the fence is a very real possibility. They can't see beyond the choices they make, but they must be held accountable for them.

And after they have crossed the fence, they realize two things simultaneously. Yes, the grass was greener on the other side; and their grass could have been just as green, had they taken care of it.

BeJeweled: The Flight of an Angel 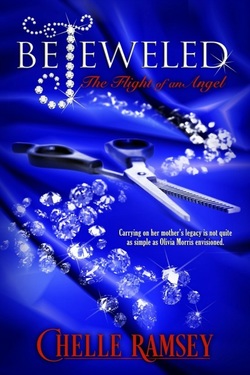 THE HOUSE OF BEJEWELED– the place all divas go in the ATL for the hottest hair styles and even hotter gossip.

OLIVIA – the owner of The House of BeJeweled hair and nail salon faces the challenge of inspiring the clientele while helping her team of talented stylists pick up the pieces of their broken lives. Paired with their constant drama, she must now fight to keep her heart protected from the one man who has always laid claim to it.

ANGEL – has put up with a lot from the man she loves. Is his latest betrayal the last straw or can love conquer all? Beware the rage of a woman scorned.

Stop by for a visit and get your hair cut or colored at BeJeweled, where the scissors are sharp, but the tongues are sharper.

Sample BeJeweled: The Flight of an Angel

BeJeweled: What a Tangled Web We Weave 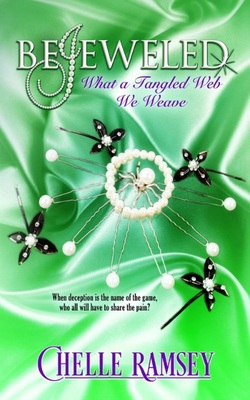 Olivia and her talented salon team are back. Working to pick up the broken pieces of their lives isn't going to be easy, and Olivia has more on her plate than she can handle.

Olivia’s dreams have finally begun to come true, as she marries the man who’s held her heart for twenty years. Her beauty salon is prospering, and she has begun rebuilding her team, after seeds of discord were sowed and bonds were broken. Everything is beginning to look up, or so she thinks. When a scandal is leaked to the media, Olivia’s dream of expanding is in jeopardy. She must step up and play hard ball in a game with which she’s unfamiliar.

Nikki had dreams of building a beautiful family with a loving husband. But after looking at the shattered pieces of her broken life, she is losing hope and desires more. She wants more than the shame of barrenness, and more than physical abuse from his drinking binges. One phone call gives her courage to escape the deadly clutches of her husband. Yet, when she finds strength in another’s arms she finds herself spinning more lies. Nikki’s web of deceit is going to cost all those who are close and it could just cost her, her life.

When deception is the name of the game, who all will have to share the pain?

Sample BeJeweled: What a Tangled Web We Weave