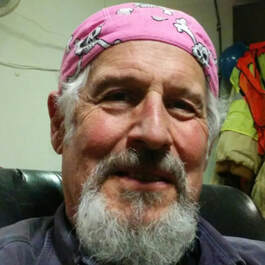 Charlie went to Yale and received a Masters Degree from UMass in wildlife management. He then spent 15 years in the fishing industry as deckhand, mate, skipper, and consultant, mostly on the East Coast, fishing for groundfish, lobster, swordfish and red crab, and later worked for the New England and Mid Atlantic Fishery Management Councils as a consultant preparing fishery management plans and conducting at-sea gear technology work.

From 1984 to 2012 he worked for various seaports on the East and West coasts as planner, project manager, and executive. He retired after serving as the Executive Director of the Port of Bellingham, Washington, in 2012. For the next four years he went back to sea as a merchant seaman, Able Bodied and Bosun, aboard container and military ships.

After coming ashore he turned full time to writing, although throughout his life he had written five novels, published articles, even won a prize a half century ago. He did research for three years while still going to sea and working before beginning Strong Heart in 2013, in between gigs at sea, and he has now finished a three volume series of related but independent books, Strong Heart 2017, Adrift 2018, and Totem, due out in the fall of 2021, all with Irontwine Press in Bothell Washington.

Charlie hikes in the Olympic mountains whenever he can, rows for exercise in Puget Sound, cooks for his wife Randa, pesters his grandchildren, and continues to draw and write.