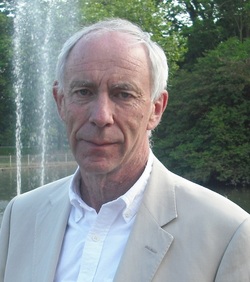 I have earned my living by writing for more than 10 years. Previously a senior executive in the UK telecommunications industry, since 2001 I have crafted sales and marketing literature for major organisations - some of them household names - enabling them to improve their business performance.

'Web of Deceit' is my first eBook. A thriller set in North Wales in 1999, it examines how the media can manipulate public opinion, and how the internet has the potential to affect the lives of ordinary people. My blog at WebofDeceit.org/blogs deals with issues relating to the media and their influence over our lives.

I live in the UK in the Midlands. When I'm not writing or working in my garden, I like to go birdwatching. I have incorporated this hobby into 'Web of Deceit'. This does make the story somewhat unique - along with the fact that the action takes place in North Wales! 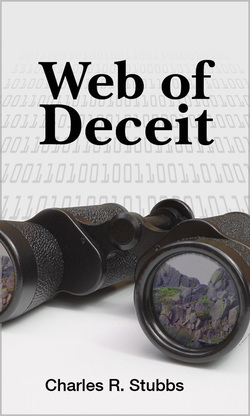 Six weeks ago George Travis was living quietly in North Wales in the UK – keeping himself to himself, bothering no-one, walking and birdwatching in his spare time. Now he’s on the run: wanted by the police, vilified in the national press, and hiding from a man he thought was his friend. In desperation, Travis seeks help from a woman he has met just once, hatching a plan that will lure his tormentor out into the open. But to make the plan work he has to stay one step ahead of the police, the press and the man he eventually comes to know as Yr Hen Was, ‘The Devil’.

Played out against the stunning backdrop of the North Wales mountains, this is the story of how one man strikes back against people who misuse the media to distort facts, exploit innuendo and ruin lives. Set in 1999, it foreshadows many of the real-world smear campaigns, scams and scandals of the following decade, raising questions about how the internet and universal access to the Web will change the way we process information, the way we view the world, and ultimately, what we believe to be the ‘truth’.