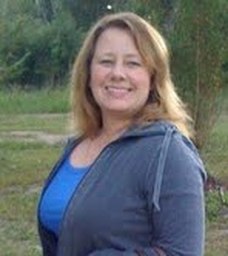 C.C. Jackson was born in raised in a small town just outside of Baltimore, Maryland. She moved to southern Louisiana fifteen years ago with her husband. She has raised three beautiful boys who think that it is hilarious that their mom is writing books about fairies.

C.C. attended Southeastern Louisiana University and Delta College of Arts and Technology. She is passionate about writing and literature and is the author of Stay, a paranormal romance novel for young adults. 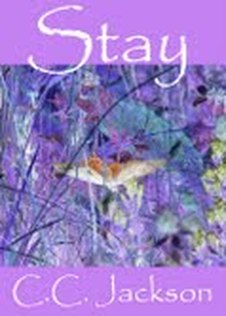 Callie is shocked when she is ripped from her home in the middle of the night. She is taken to a city that she never knew existed only to find that she has a strange connection to her sexy captor. To top it all off, he tries to convince her that she is not even human. She learns that she is actually a fairy. Not just any fairy, but a fairy who has been destined to become queen of the fairies. The only problem is that the current queen is a cruel tyrant and Callie will have to fight for the title that she was meant for. She is not completely convinced that this is a life that she wants to live. She would love nothing more than to go back to being the normal human girl that she always thought that she was.
When tragedy strikes, Callie finds that she no longer knows who she can trust. She must learn to survive on her own in a harsh underground world. She finds herself dealing with the struggles of life and love for the first time. Two gorgeous guys, a bunch of new friends, and a whole new world. Will it be more than she can bear?