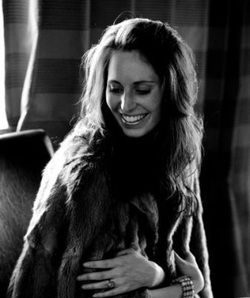 Caroline is a fantasy fiction author. Her first book, Iara, was published in June 2011.

Caroline works full time as the Office Manager for a trade association in the HVACR industry. She is currently studying MA Archaeology part time at the University of Reading. Not busy enough with working full time and studying part time, she is also a VIP hostess in Brooklands at Silverstone!

During her childhood, Caroline travelled extensively with her family as a result of her father serving as an officer in the British Army. They lived in the UK, Germany, the USA and Canada.

Emulating her father's career in the British Armed Forces, Caroline joined the Royal Navy as a Hydrographer serving onboard HMS Scott. This was a life-changing experience and one that holds many fond memories for Caroline. After four years of service, an unfortunate and serious accident at sea resulted in personal injuries that meant Caroline received a medical discharge from the Royal Navy. Caroline saw this as an opportunity to study her favourite subject at university - Archaeology.

After comprehensive studying, Caroline received an honours degree in prehistoric Archaeology from the University of Reading in 2005. During this time she volunteered at the Natural History Museum in London and was fortunate enough to work under the supervision of Andy Currant, Quaternary Mammals Curator (Palaeontology).

Following her studies at university, Caroline completed a course in animal behaviour as well as holding a variety of jobs - ranging from recruiting actuaries in London, to organising celebrity events at a 5* luxury country house hotel.

After her mother and stepfather emigrated to New Zealand in 2006, Caroline took a decision to move to New Zealand to be closer to her family, and to enjoy the beauty, and relaxed way of life of that country. Whilst in New Zealand, she bought a cattle and rare breed farm. Working close to nature is where she found her inspiration to write.

Caroline's books are based on her own experiences - places she has visited, countries that hold special memories, friends she has made on her journeys. Writing enables Caroline to use the knowledge and understanding gained through her degree studies to create stories based on ancient cultures and civilisations.

The authors that have inspired her journey into writing are Jean M Auel, Kristin Cashore, Clive Cussler and Laurell K Hamilton. 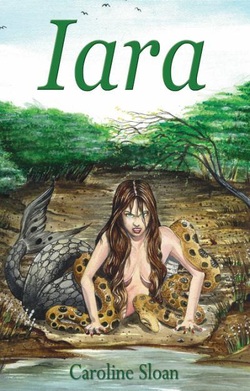 A modern fantasy thriller with an ancient twist, Iara follows Mara, a New Zealander, who sets off to rediscover her roots and finds more than she bargained for along the way.

After a sequence of disturbing dreams and visions connected with underwater beings and prowling jaguars, Mara travels to Canada to visit old friends and seek solace from her nightmares. Whilst in Canada she falls in love with an Algonquin native called Jesse and is drawn into the life of his tribe. As the story progresses Mara learns that she is actually the reincarnation of Iara, the legendary half serpent and half human figure from Brazilian folklore. Iara is intent on seeking revenge for the loss of her love Boiuna, who - it turns out - is Jesse. This discovery reawakens Iara's passion, strength and protectiveness through Mara.