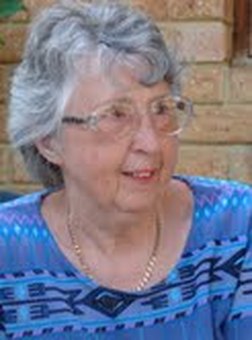 Reared in the county of Devon in England, my earliest memory is of the Exeter blitz in 1942. I married an Exeter man in 1960, and we reared our three children in Cornwall. We built our own sailing boats and sailed the English Channel visiting many ports on the French coast on our holidays. We moved to the warmer climes of Perth in Western Australia in 1981, and took up a small retail business.
Ten years later, on retirement, I had time to indulge in my personal pursuit, writing. I attended a creative writing course and in 1995 my junior fiction book Gus, Sore Feet — No Collar was published by Rawlhouse, Perth. In that year, I became a member of a professional writing group. We met on a weekly basis to discuss and review each other’s work, and still do to this day. I followed up my ‘Gus’ success with short stories that were published in various anthologies, and articles with photographs in wildlife magazines, before I started writing novels.

My real passion became crime fiction. My first novel ‘Ferryman’ was short-listed for the Dundee International Book Prize 2007. Published by YouWriteOn.com it is enjoying excellent reviews. My second crime fiction novel, ‘And the Devil Laughed,’ published by New Generation publishing was short listed for the Genre Fiction Award by New Holland Publishers 2007. My third novel, Blood Opal, was released October 2010.

Everyone's looking for Harry... but when his daughter finds out what he does for a living, his ruthless associates need to shut her up-fast. Harry Tremaine is missing, his wife murdered. His daughter Liz is determined to find her long-lost father. Defying her controlling boyfriend, she travels to Thailand to Harry's last known address, the Bird of Paradise Club. She tracks her father through the seedy bars and clamour of the Bangkok streets, but the trail goes cold in a rural village where she stumbles on a startling part of Harry's secret life. But somebody is watching her every move. Betrayed by her boyfriend, Liz becomes the target of villains who are also hunting Harry. Coby Archer, an Australian undercover police officer, is also hot on Harry's trail. Coby needs Harry as a material witness to crack a child pornography ring operating between Sydney and Bangkok. Liz and Coby join forces to find Harry before his enemies silence him for good. 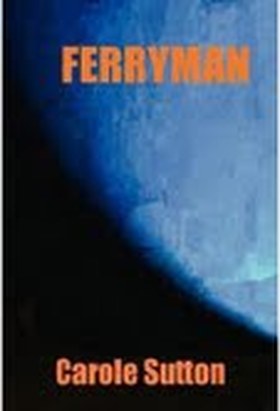 A detective with a conscience, a woman’s betrayal and a powerful businessman with a sinister secret are some of the intriguing characters in Carole Sutton’s debut thriller set around the Fal Estuary in Cornwall in the 1970s.

Angela Dupont is missing. Despite the absence of a body, blood smears inside Steven Pengelly’s boat convince Detective Inspector Alec Grimstone that he has apprehended her murderer. But when Angela’s fresh body washes up two years later, Alec is shocked to discover he has convicted the wrong man and the killer is still out there. Steven, Pengelly, released from jail, is determined to find the truth. He teams up with Veryan, a woman searching for her missing sister.

Alec and Steven’s separate investigations take different routes. When they arrive at the same destination, circumstances force old enemies to work together to solve the mystery as another vibrant young woman goes missing.

AND THE DEVIL LAUGHED 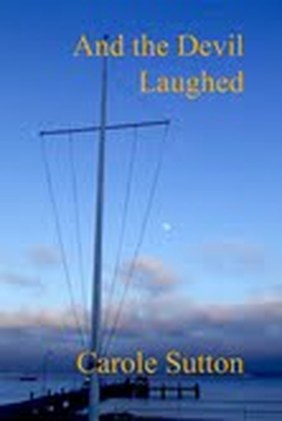 Detective Sergeant Hannah Ford can’t wait to get back to the real job after post-traumatic stress leave. The boss has just the thing, an ‘observe and report’ undercover assignment in Draper’s Wharf, a small settlement on the banks of the Parramatta River. It has links to the drug trade, so the whisper goes.

Hannah arrives to a town in shock after the rape and murder of its popular barmaid, Victoria Brown. Victoria’s mother Grace is a distant cousin of Hannah’s. A recovering rape victim, Hannah knows she could pull out. But she won’t, because she needs this job to prove to her superiors that she is capable of working the full duties of her career.

Booked into the hotel where the barmaid worked, her cover story as a journalist works against her. The landlord, Mac McKay, hounded by the media for details on the local murder, suspects Hannah is a newspaper reporter. His brother Doug is a cop who is also Hannah’s liaison officer, but neither mentions this to Mac. Later, the secret threatens to wreck a growing bond between Hannah and Mac.

Between Mac’s hotel and Grace’s café, Hannah gets to know the locals. Old nightmares plague Hannah again, and by day, she battles the occasional flashback. Following a second murder, Hannah discovers a link between her surveillance case and the two murder inquiries. As the line between them fades, Hannah is on the trail of the killer.

Whilst Hannah searches out her suspects, two of them are watching her. Unknowingly, Grace provides Hannah with the key that unlocks a major source of drug activity. It leads Hannah into their lair. When the villains discover her true identity, her worst nightmare is about to be re-enacted

Threaded through the main story, and emerging in mini flashbacks is Hannah’s own story of guilt and rage born of her husband Simon’s untimely death, her rape, and degradation. In working to find the source of drugs in Draper’s Wharf and finding Victoria’s killer, Hannah overcomes her own trauma. And with Mac’s help, is able to face a loving relationship once more.

Available in Print and Kindle at Amazon.com      Barnes&Noble.com 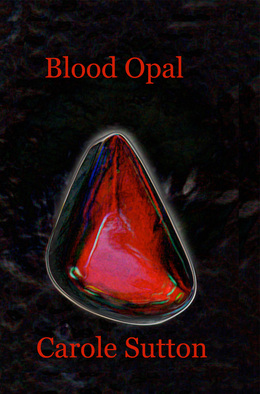 Those who harm it — die, goes the legend of the rare and beautiful Blood Opal after it’s theft in a violent robbery. But Pug believes her husband’s brutal murder has more to do with the slaughtered woman in his arms than the curse of any stone.

When, one of the robbers double-crosses the others, they all lose their prize. The villains suspect Pug knows the opal’s whereabouts. Fearing for her life, Pug leaves murder and bankruptcy behind, takes her dog, and sails away in her last remaining possession, her yacht.

But she sails straight into trouble as she becomes aware of more than one stalker watching her every move. With the body count growing, can DI Ed Buchanan and Sergeant Kathryn Sinclair nail the real villains before Pug becomes the Blood Opal’s next victim?

Book cover photo by Jenni Brammall and shown with kind permission of Down to Earth Opals, Lightning Ridge, Australia.