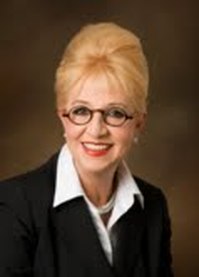 Carol Morgan has been writing since she was six years old, but she put her love of writing aside for twenty-eight years to serve teenagers as a teacher and counselor. Carol’s career history is unique.In addition to her career in education,she was the executive producer for local educational television show, Career Connection and a radio talk host for the Career 411 Show. She had the recent honor of being the Democratic candidate for Texas House of Representatives. She is presently a career counselor in private practice and public speaker.

Of Tapestry, Time and Tears 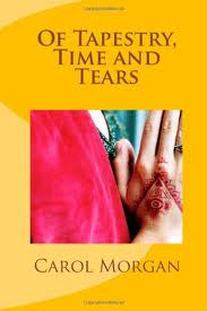 "Those who do not learn from the lessons of history are condemned to repeat them.” George Santayana’s law of repetitive consequences is applicable not only in the context of history, but also in people’s lives. It is the underlying theme of the novel Of Tapestry, Time and Tears.

Edwina Kleberg is defined by her German and Irish immigrant parents and her life in the Texas Hill Country during the Depression and pre-war years of the 1930’s. As a female writer in the predominately male world of journalism, she is a unique observer to the myriad of hateful global changes through her work as a war correspondent in Italy, but meets an Indian soldier who not only saves her life at the battle of Monte Cassino, but piques her interest about India’s impending break from British rule. Her ultimate assignment takes her to 1946 India. Against the dramatic backdrop of India’s Independence and the violent cruelties of Partition, Edwina commits a series of poor choices, including a tragically poignant romance, all of which transforms her from a naïve egotistical young writer into a mature woman committed to saving the orphans of Delhi. Upon her return to Texas, she is faced with personal demons of loneliness, purposelessness, and alcoholism which miraculously results in her greatest blessing—just as Baba, her beloved sadhu predicted.

Each of the characters woven through the story mirrors the complexities of life and how we are permanently affected by the historical era into which we are born. From Rajil Chaudhary, an emotionally tortured man trapped between the modern world of the west and the rigidity of India’s culture; Baba, the colorful sadhu, who guides Edwina through her problems with his rich metaphorical lessons; Nikolai Petrov, the Russian journalist who surreptitiously struggles against the Cold War; Gordon Winchcomb, the hard-edged entrepreneur who secretly believes in the noble magic of Don Quixote to Carl T. Bunch, the Texas rancher hiding a painful secret behind his wild, alcohol-fueled antics—all of the characters are fresh, psychologically complex, and symbolic of life’s difficult choices.