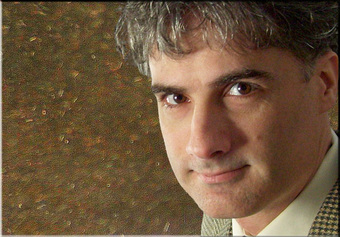 C.A. Chicoine realized his gift for writing stories at the age of ten when, after sharing what he wrote in his journal for English class, he was told that he had quite the imagination. He had to write one entry each week. So he filled it with original short stories, news articles, and jokes that he had heard or read. By age fourteen, he had expanded his repertoire to include poetry and lyrics. He wrote articles and poetry for his high school newspaper and wrote articles before becoming editor of his college newspaper.

His dream early on, however, was to be a singer. To him, singing was an expression that went beyond words. In his mind, he'd visual grand productions. But, as fate would have it, it did not come to pass. As the music lay dormant in the back of his mind, he worked at various jobs over the years-from the human services to manufacturing-got married and had two children. By 2004, divorced and sharing custody of their two children, he had a new lease on life that would spark the most creative period of his life to date. It was during this period when he began to create websites, blogs and Internet forums that espoused some of his varied interests, including local history, wildlife, fan-fiction, art, and-of course-music. This not only gave him a medium to which to express and share his ideas with others, but it also helped him to hone in on his creative ability and begin to develop a distinct identity.In 2008, he began work on the Gray Locke series. The book series invites the reader to glimpse into the life and times of this original character from childhood through to adulthood. And as the character grows and develops, so too does the reading level. Gray Locke is a fictional character of the late twentieth and early twenty-first century who-through his trials and tribulations-unravels the mysteries of the world around him, and discovers his place in this universe.C.A. Chicoine resides in Massachusetts where he spends his time writing books, poetry, lyrics and music.

Gray Locke: The Mystery of the Weeping Rocks 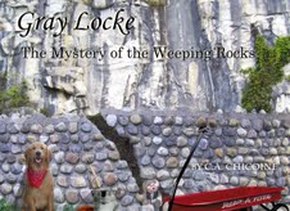 "Gray Locke: The Mystery of the Weeping Rocks"

This is the first book of the Gray Locke series. It is a chapter book, ideal for children ages 7 - 11.


In The Mystery of the Weeping Rocks, no stone is left unturned. Gray Locke’s ten-year-old imagination explodes into life while he goes about problem solving a riddle.

The story begins at his grandparent’s house in Western Massachusetts. There, Gray's tenacious curiosity takes him on an odyssey through his Grandmother Windsor’s gardens, and off to neighboring lands–where his investigation leads him to such places as an abandoned marble quarry, a brook and caves.

Gray hadn’t a clue about weeping rocks. He didn’t even know if such a thing ever existed. All he could base his investigation on was what he caught at the tail end of a conversation between his father and uncle.

With his keen sensibility, and wild imagination, Gray is able to create different scenarios about what the weeping rocks may be, before finally learning the truth.

Gray Locke likes riddles and puzzles. And he found the mystery of the weeping rocks a welcome challenge. 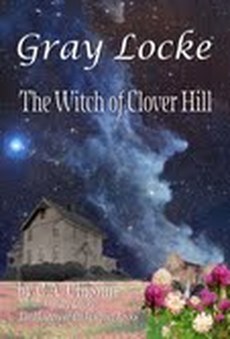 This is the second book in the Gray Locke series. It is geared for 9 - 12 year olds.

In The Witch of Clover Hill, there’s a great deal brewing in the witch’s cauldron. Gray Locke’s ten-year-old imagination shines through as he goes about trying to demystify luck, ghosts, and witches.

The story begins at his home in Marlborough, Massachusetts. There, he shows his friends, Doug and Kevin, a four-leaf clover that he found. That sparks a competition between Gray and Doug over who can gain the most luck, using such charms as a stray eye-lash, rabbit’s foot, lucky penny, and lucky mibs.

Then the story takes a turn when the boys meet the new kid, Mandy. Can they all be friends? When Mandy introduces her best friend, P.J., to the group, that question is put to the test.

Then P.J. and the gang stumbled upon an old Ouija board game, and she convinces the others that they need the assistance of a witch to help make contact with someone from Gray’s past.

While the witch’s cauldron is brewing with lucky charms and Ouija boards, Gray’s aunt brings him a gift. And that gift opened up an entire new universe for Gray. Using his spaceship of the imagination–Mox–he becomes an intergalactic ranger and soars off to compete in a championship Super Shooter tournament. But he soon discovers that he got a little more than he bargained for. In order for him to win the tournament, he has to face witches, monkey-boys, rats, a worm, and a host of other entities.

This book is the second of a series of stories inviting readers to glimpse into the life and times of this original character–from his childhood through to adulthood.