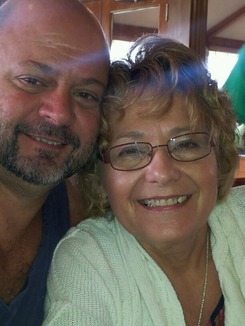 Bob Kern is a native Hoosier. Born and raised in Indiana, like many boys in the 70’s, he admired those who served in the military. At the age of seventeen, he enlisted in the US Army never dreaming that he would find himself thrust into the middle of the Cold War he had been learning about in history class just months before.

Bob was in the US Army for almost 8 years and during those years he was quickly educated about the military life that civilians never see or hear about. Since his honorable discharge in 1988, he has repeatedly thought about sharing his story with others to shed light on a time in history that hasn't gained as much attention despite the importance of the time period to US peace.

The horrific events of 9/11 had a profound effect on Bob when other people began thanking him for his service.  Suddenly, feelings of guilt overwhelmed him for not actually seeing combat.  Knowing there was nothing to be ashamed of, Bob realized many Cold War veterans probably had similar feelings.  Being a peacetime soldier in a wartime era has this effect.

Bob decided to write and publish the story of his military career so that others may have an inside view of what it was like to be in the military at that time. Due to the overwhelming support and response from other Cold War veterans, the sequel to We Were Soldiers Too is currently being written and will tell other veterans stories.

Bob is the father of five children - Natalie, Bambie, Amber, Bob, and Rob. He resides in Bedford, Indiana with his wife Marsha and his three granddaughters; Sage, Jade, and Harmonie.

Bob enjoys connecting with US veterans and sharing their stories with others.

We Were Soldiers Too: Serving as a Reagan Soldier During the Cold War 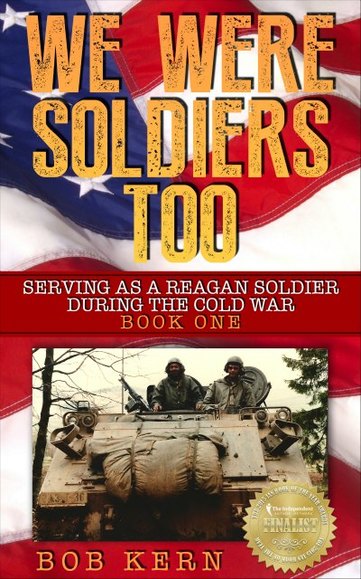 Finalist for Book of the Year Military Autobiography in 2015

˃˃˃ An assignment that likely would have been at Ground Zero of a nuclear war.
On the verge of World War 3 and nuclear war, "We Were Soldiers Too" is about the difficult job of serving in the infantry during a very critical time of the Cold War.
Serving as the first line of defense for a Soviet invasion in Germany, he found himself assigned the responsibility of defending an area in the Fulda Gap with only one objective, to hold the advancing Soviets until reinforcements arrived.

˃˃˃ Read what other veterans think of "We Were Soldiers Too"
"An excellent illustration of the lives and sacrifices of our Cold War enlisted service members. I recommend it to all. It brings back memories of those days and what we did during that era." Edward A. Chesky

"I highly recommend this for anyone to read, especially for anyone that has served this great Nation. I suspect that my fellow Cold War Veterans will be able to relate to a lot of what this author writes about." Tracy A Stephens

"An excellent book about those men who served during the Cold War. Excellent insight into how the Army prepared for a possible Soviet invasion. I highly recommend this book." Gary E. Earls

"I too am a Cold War Reagan Soldier and I Enjoyed this Book very much. I think Bob did a great job by putting in writing how we all feel. We were highly Trained and Ready to meet any Challenge and Subdue any Threat. We were part of the Strongest Army in the history of the United States. We were and Still Are Soldiers. I am Proud to have served with such fine members of the Military." Curtis Nazelrod
​
Grab a copy today!
​
We Were Soldiers Too Sample Chapter

We Were Soldiers Too: A Historical Look at Germany During the Cold War From the US Soldiers Who Served There

We Were Soldiers Too: The Unknown Battle to Defend the Demilitarized Zone Against North Korea During the Cold War (Volume 3)

We Were Soldiers Too: Defending the Iron Curtain (Volume 4)

We Were Soldiers Too: The Second Korean War - The DMZ Conflict

How To Waste Money Self Publishing

They Walk Alone - The Tragic Journey of Dementia