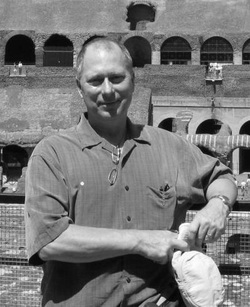 Raised on an Iowa farm, I spent my summer afternoons in corn fields daydreaming of adventures in faraway lands. At seventeen, while war raged in Southeast Asia, I joined the Army and graduated from West Point as an airborne paratrooper. But my years of duty were spent staring at Russian machine guns during the Cold War.

Much of the next twenty years saw me as a road warrior for an oil company traveling to every God forsaken corner of the world: Nigerian savannas, Saudi Arabian deserts, Sumatran jungles of Indonesia -- and even Bakersfield, California.

Always known for fantastic storytelling, I kept the entire office intrigued and rolling with laughter from my adventures. I finally ended my travels and set on a path to deliver the Third Eye Trilogy.

Books 1 and 2 were written under the pen name Lynn Boston to shield my interests from a role as Vice President of a Fortune 500 company. I no longer carrying that burden and am now using my real name. I am retroactively changing the author name on the earlier books. It is "out of the closet" for me.

From a volunteer standpoint, I am now on the Board of Directors of the 35 year old International Association for Near Death Studies (IANDS). After working with hypnotherapy to access the inner mind, my interests in this area has driven me to work with studies for aiding people who have died and returned from the "other side". Dealing with so many "enlightened" individuals has tremendously opened my eyes to the real world around us; often not the one that we are led to believe.

Through the Third Eye; Book 1 of Third Eye Trilogy 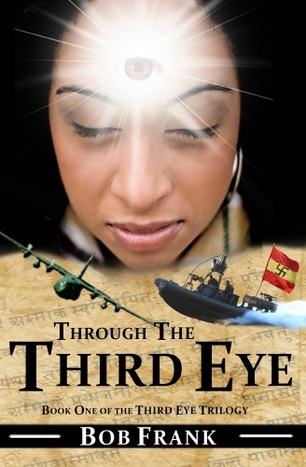 Clay Barton gained access to temporarily declassified past life regression protocols used by the CIA when he worked at the Stanford Research Institute. Since then he has been something of an armchair treasure hunter, conducting hypnotic past life regressions on people.

Shali Faisal and Clay take their roaming reincarnation parapsychology practice direct to their subjects and guide them through their past lives. They coax out information about lost valuables or hidden treasures from long ago. The subjects remember almost nothing of their reincarnation sessions so the rewards are all theirs for the taking.

They heard whispers about a collection of “hidden writings” that have ties to the rumored secrets of the universe. Upon finally finding these treasures, they are confronted by a unidentifiable, secretive nemesis intent on stopping them. Despite being aided by a benevolent ally, they are repeatedly blocked from their goal.

The Eye’s Revelation: Book 2 of the Trilogy 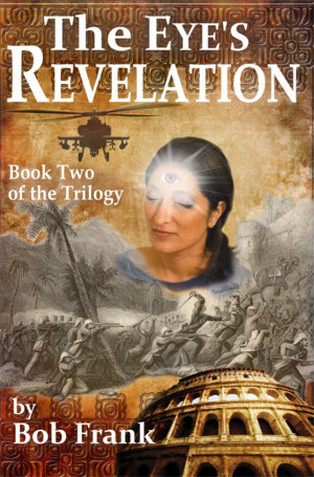 The Eye’s Revelation carries on the suspense, action and thought-provoking nature of Book 1.

Shali and Clay find themselves traveling the globe from Papua, New Guinea to Kathmandu, as both the hunter and the hunted. They never could have predicted the paths they would take as they close in on the secrets of their quest. The unknown entity trying to stop them is revealed while their closest partner shows a side they had never anticipated.

It is difficult to tell the good guys from the bad. New revelations of the Third Eye may force them to renege on their honor.

Mirror of the Eye: Book 3 of the Trilogy 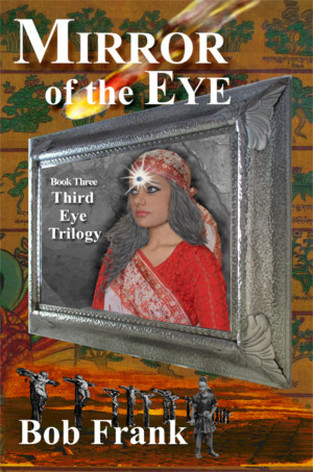 Mirror of the Eye concludes the Third Eye Trilogy with continued switchbacks, turns and action all the way to the end.

A twist leads Clay and Shali in a totally different direction with the regression protocols. Gaining experience from the past, they discover new ways to combat the Illuminati-like organization that has been trying to destroy them and their work for years.

The dichotomy of their quest not only counters their nemisis, it reveals a future that could have only been forecasted by the most powerful and wisest of oracles.

What really is the "big picture"?

Mirror of the Eye; Amatory Edition; Book 3 of the Trilogy